Find Out Why Fox Sports Fired Cris Carter | Plus, His Personal Life Details

By LRU Writer | On: December 11, 2019
Cris Carter is a former American football star and a Hall of Famer...The former pro player had transitioned to sports broadcasting after his retirement in 2002. He has achieved...Cris stopped appearing on FOX Sports 1’s show First Things First as of 30 October 2019. With... 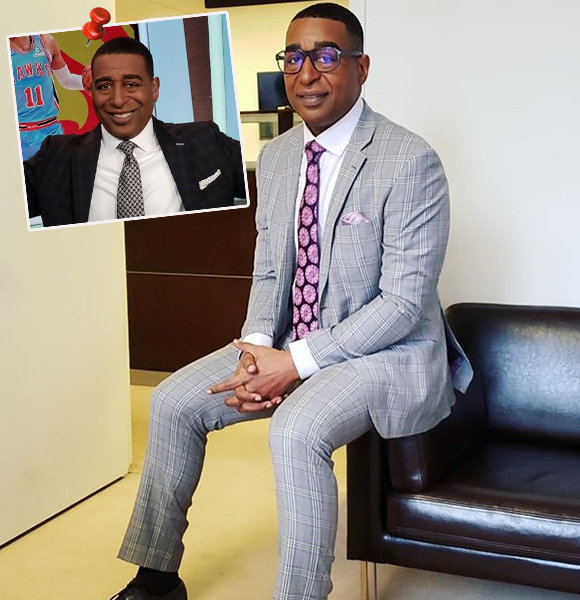 Cris Carter is a former American football star and a Hall of Famer.

The former pro player had transitioned to sports broadcasting after his retirement in 2002. He has achieved great success, both as a player and a broadcaster.

After 16 years of successful broadcasting, he was let go from FOX Sports 1 on 8th November 2019. Cris leaving the show was unexpected, and it raised a lot of questions. Read on to find out the truth of why he was fired.

Why Was He Fired? New Job?

Cris stopped appearing on FOX Sports 1’s show First Things First as of 30 October 2019. With the show’s analyst missing, it wasn’t long before fans and viewers started asking why Cris was no longer present in the show.

“Cris Carter is no longer with FOX Sports. There is no further comment at this time.”

Before the release of the statement, Cris was suspended for an investigation. And, no details were released regarding the incident.

Several reports suggest that Cris was upset with his bosses because he didn’t play a role in FOX’s Thursday Night Football. While it may seem somewhat reasonable, it is most likely false as he was suspended, followed by an investigation. The matter is sure to be much more complicated given how both the network and Cris have chosen to remain mum about it.

However, one thing's for certain. The parting wasn’t on friendly terms. The Jasmine Brand reported that Carter’s firing was a result of a major blow-up between him and his bosses. Ryan Glasspiegal of The Big Lead mentioned that Cris was escorted out by security.

While the exact reason for his firing remains unknown at the moment, we will be sure to let you know when it is out.

As for Cris's new job or what he intends to do next, he hasn’t spoken about it, but given his popularity, it wouldn’t be a surprise if he returned as a broadcaster.

Cris is married to Susanna Baumann, a make-up artist since 28 February 2018. Previously, he was married to Melanie Carter in 1990. The athlete and Melanie had been reportedly separated from 2007 and finalized their divorce in 2017. The divorce was settled as Melanie received alimony and the couple's former marital home worth $1,500,000 in Boca's Patch Reef Estates.

You May Also Like:- Matt Simms, Phil Simms' Son: How Much Is His Net Worth & Salary?

Cris debuted in the NFL in 1987 when the Philadelphia Eagles picked him in the supplemental draft. Though he didn’t receive much game time in his rookie year, it didn’t take long for his talent to shine through, and he became the teams’ primary red-zone receiver in 1989.

Cris then played for Minnesota Vikings from 1990 and spent 12 years with them. He had a great run with the Vikings and established himself as one of the greatest players to have ever played the game.

Another Football Player:- Jake Fromm Dating Status Now, Who Is His Girlfriend?

Well, he spent his last professional year with the Miami Dolphins. He played five games for them but didn’t show his usual brilliance. Thus, he decided to retire and make room for younger blood.

After 16 years of professional football, Cris retired with 1101 receptions, 13,899 receiving yards, and 130 touchdowns.