Theo Riddick Fantasy Stats Amid Ankle Injury! Is There A Good News Or Bad?

By LRU Writer | On: September 21, 2018
Theo Riddick suffers from an ankle injury on...during the game against...which leads to his removal from the game. Eventually, he joins on the...of the game for an electric comeback which merely happens...However, he is still able to maintain the longest streak for...resulting in his PPR fantasy consideration.. 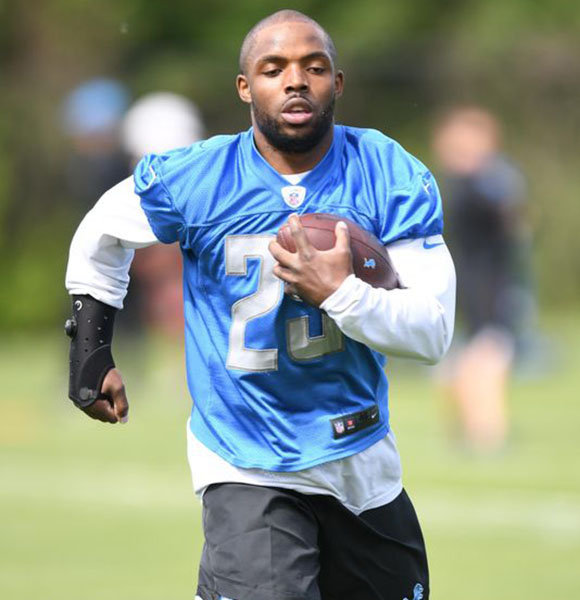 American football running back Theo Riddick plays for the Detroit Lions of the National Football League. He was drafted during the sixth round of 2013 NFL draft by the Lions before which he played college football at Notre Dame.

Adding numbers to his stats, Theo has been able to keep a name for himself since the beginning of his contract with Lions. Taking a look at the rating of some of the best running back contracts in the league, he actually acquired the overall top choice at the position when compared in terms of production and value.

Indeed, he sure has been able to find his stability in the field but it does not mean that he is not prone to injury. Recently, the news of his ankle injury surfaced the media making him worth fantasy consideration in Points-per-reception (PPR) league.

For the versatile player, Theo Redrick, getting an ankle injury is nothing new as he has been tackling the injury for the long run. Even recently Theo got his ankle injury during the fourth quarter of the recent game against the San Francisco 49ers. Even though Theo was removed from the game, he eventually made it back for the last drive of the game. He was even targeted on final two snaps for Lions with both passes falling incomplete ending any chance of the comeback victory for the game.

However, there are still chance that Theo might show up on injury report ahead of a Week 3 game which is set to happen against Patriots. Even if he shows up injured the news might not come as a surprise to his fans.

Despite the injuries, Theo has been able to hold the longest streak in the NFL. While in the process of his nine receptions for 47 yards, he has now extended the NFL's longest streak for running backs as he caught a pass in the game against San Francisco 49ers.

The game was the 46th consecutive game for Theo with at least one reception which happened to be the most in NFL.

Likewise, Theo, who has a salary of $3,175,000 earning massive net worth, has well established himself in his pass-catching role for the Lions. His gameplay can be especially witnessed when he plays from behind in the hurry-up offense just like they did against the 49ers.

Well, Lions could be in the same mode for their next game against the Patriots which makes Theo worth the fantasy consideration in Points-per-reception (PPR) league.