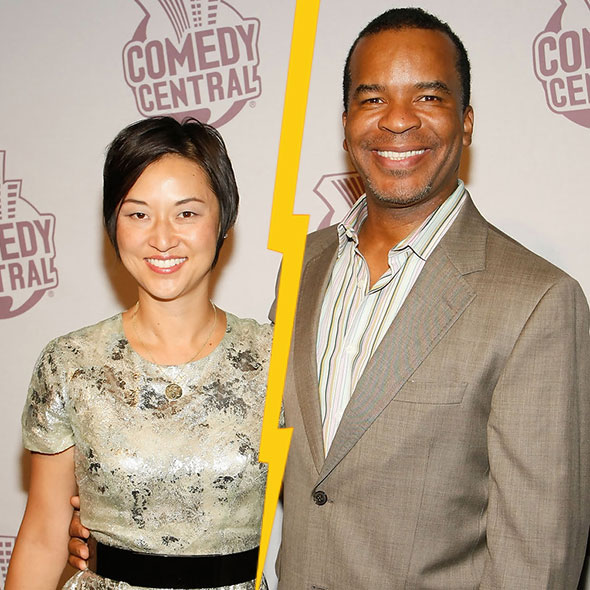 One of the terrifying scenarios for a celebrity is becoming involved in rumors, especially regarding sexuality.

Let’s find out what made people question his sexuality.

Rumors and speculation accompany celebrities. Similarly, David is well known for his appearance in a comedy show, In Living Show. He is a renowned comedian and actor who has often been questioned about his sexuality.

Find Out: Kevin Clash's Married Life and Struggle with Sexuality

However, David has clearly stated that he is straight and has denied the assumption of being gay.

Yet, the rumors about him being gay started after his unsuccessful marriage.

David has been married twice. His first wife, actress Maritza Rivera, was his co-star in In Living Color. They met before the show and got married in 1987. But their married life did not last long, and they got divorced in 1994. Ten years later, in July 2007, David again got married to his second wife, Christine Y. Kim, an associate curator of the Los Angeles County Museum of Art. Maybe the love for the art got him and his wife together. On January 10, 2008, they welcomed their first daughter, Luisa Danbi Grier-Kim, into their loving married life. Unfortunately, Kim filed for divorce on June 9, 2009, due to irreconcilable differences. However, the divorce did not make any difference in the relationship between David and his daughter. David getting ready with his daughter for Halloween. (Source: Instagram)

Following the divorce, David did not get involved with any women or had a girlfriend, which fueled his gay rumors. But, David’s two marriages and his daughter are the evidence that proves he is not gay.

Regardless, the gay rumors did not affect his career.

David was born in Detroit, Michigan, on June 30, 1956. One of the three children born to a school teacher, mother Aretas Ruth, and a psychiatrist and co-writer father, Henry Grier, who marched alongside Dr. Martin Luther King.

His parents made sure their children got all knowledge in the world. That is why David and his siblings were exposed to literature, movies, music, culture, and politics from an early age. David graduated high school from Magnet High School and received a B.A. degree from the University of Michigan and a Master’s degree in Fine Arts from the Yale School of Drama.

David was very passionate about acting from a young age. With so much love and passion for acting, David got his first break starring in a Broadway musical, The First, right after graduating from Yale. Though the musical was short-lived, his incredible performance in the musicals made him nominated for a Tony Award.

Even though he had some notable roles after The First, he started gaining popularity after starring in the short-lived, critically acclaimed sketch comedy-variety series “In Living Color.” The skyrocketing success of In Living Color opened the doors of success for David.

With about a hundred films and television credits under his name, Grier has maintained a pretty good reputation in the comedy business giving him a net worth of $4 million.

Recently, he has been busy filming The Color Purple, which is set to be released in 2023. However, even at the age of 65, the actor is still working hard.