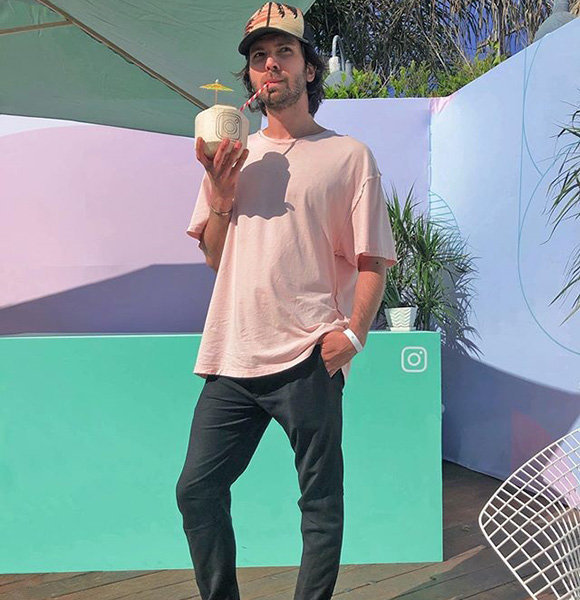 Showing off his insane dance moves in the Step Up franchise, Adam G. Sevani became wildly known as ‘Moose’ to the movie's fans.

Heartthrob Adam quickly gained fame and became one of the eligible bachelors or a handsome married man with a wife? We must find out:

Adam G. Sevani Has a Wife?

With a low-key profile, Adam’s love life is not out there. But, there were a couple of times he was in the spotlight for his dating life discussions, including girlfriend and wife talks.

Related To Miley And Liam:- Liam Hemsworth & Miley Cyrus Are Married! A Wedding Over Christmas

In the same year, it was speculated that Adam was dating Montana Tucker. But it was merely speculation without any proper evidence to back it up.

Similarly, he was rumored to be dating Alyson Stoner at one point. But, the rumors turned out to be baseless speculation as neither of them ever confirmed it.

Since then, nothing about his dating life has been seen on the internet. With him being hush about his romantic life, there was an assumption brewing about Adam being gay. He even tweeted calling himself out in 2012.

But, the tweet was about him watching the TV show called Pretty Little Liars. He wrote,

"Call me gay, I don't care. But I actually watched the Pretty Little Liars summer finale tonight.. These girls are.. damn ;) haha"

Based on Adam’s past alleged flings, one could assume that he is not gay. But then again, the actor has not confirmed or denied any of the speculations. And now, as of 2022, it is still very unclear if he already has a wife living the best married life behind the cameras or is he still single.

With little to no information on his wife and current romantic life, we can still feel a connection towards the actor by knowing his well-earned credentials.

With such a fantastic skill as a dancer, Adam Sevani has made quite the name for himself. He was first seen in the JC Penney: 2004 Back to School commercial in 2004 when he was about 12 years of age.

His major debut turned out to be the movie Step Up 2: The Streets in 2008, portraying the character ‘Moose.’ Earning the rightful attention through his dancing, he was again cast as the same character in the sequels of the Step Up franchise named Step Up 3D, Step Up Revolution, and Step Up All In. Apart from the movies, he also exhibited his talent in popular music videos such as Will Smith’s Switch, T-Pain’s Church, and NLT’s That Girl.

You Might Like:- Jada Pinkett Smith Shows "Will" On Married Life & Husband As Serious Oath Takes Place

In addition to acting and dancing, Adam also choreographed the music video called Karma for NLT.

With such credit, fame, and talent, he has collected a well-deserved net worth of $1.5 million, according to celebritynetworth.

Adam G. Sevani was born on 29 June 1992 to parents Gagik Sevani-Manucharian and Edita Manucharian. He grew up with an older brother named Vahe Sevani. His father was a professional dancer who owned a dancing studio. So, the Los Angeles, CA native started dancing at a very young age.

But when it comes to his educational background and other family details, little to no information is provided by the dancer/actor.

With his flourishing career, we cannot wait to update you guys more on Adam's new endeavors. Stay Reading!