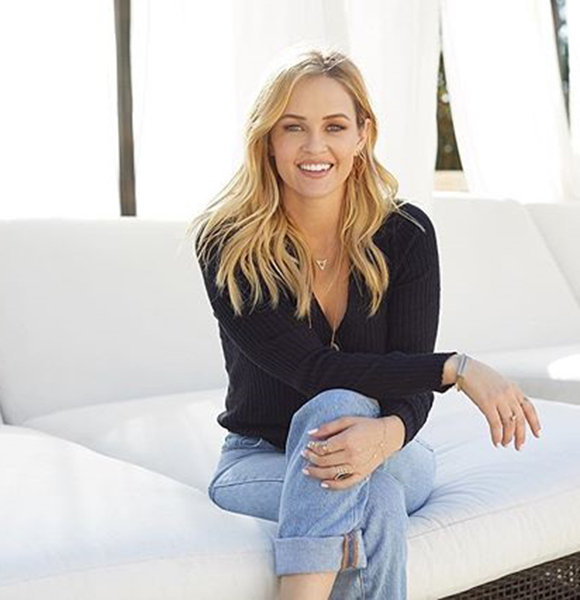 All My Children actress Ambyr Childers has been around in Hollywood for nearly two decades.

However, her personal life garnered a major spotlight in recent years. When her long-term marriage came to a sudden halt, all eyes were on Ambyr regarding her dating life with a possible boyfriend.

Ambyr Childers Has a Boyfriend Now?

Ambyr met TV producer Randall Emmett and fell in love. Then, the adorable lovebirds decided to take their relationship to the next level by getting married.

The married pair welcomed their second daughter, Rylee Emmett, in November 2013. The former husband and wife were a happy family of four.

All My Children Star:- Elizabeth Hendrickson & Boyfriend Getting Married Soon? Moments Together Speak

Sadly, trouble in Ambyr’s marriage started in 2015. But then, there were unconfirmed reports that her husband was dating Vanderpump Rules star Lala Kent.

Later the cracks in their marriage were crystal clear when the couple filed for divorce. And their divorce got finalized on 27 December 2017.

But, the ex-couple continued to look after their children. Then, a few days after the divorce settlement, on New Year's Day 2018, Ambyr’s ex-husband made his romance with Lala Kent public.

Surprisingly, the same month, Ambyr also moved on with a new guy. Well, she got engaged to her then-boyfriend Jeff Tinsley - CEO of MyLife.com. People were genuinely shocked as Ambry, and her ex-husband moved on too fast after the official end of their long marriage. Amidst the confusion, Lala came forward and revealed the inside of their relationship in 2018.

According to the Vanderpump star, Ambyr and Randall were separated long before the news was made public. And, she got unnecessary attention even though the former girlfriend and boyfriend were not together.

However, there was some feud between Ambyr and her ex-husband’s girlfriend in August 2019. It so happened that Lala shared the pictures of the actress' daughters on Instagram.

And the All My Children star took to Instagram to warn Lala about invading her children’s privacy.

Ambyr and her ex-husband are co-parenting their children despite the ups and downs. On the actress’ relationship front, she has yet to announce her wedding date with her fiance, Jeff.

Since then, she has worked her way up and accumulated 30 acting credits.

No wonder the actress of height 5 feet 3 inches (1.60 m) boasts a net worth of $500 Thousand, according to Celebrity Net Worth.

Stay with us for more updates on Ambyr Childers' love life.