By LRU Writer | On: April 12, 2019
Anthony Carrigan Dating To Get Married? Bio - Personal & Professional Well, Victor Zsasz in Gotham is portrayed by Anthony Carrigan. Anthony with his acting skills has been able to grab many fans for himself, who are much interested to know what his life is like behind the cameras. Interested in knowing if he is married and has a wife? Keep reading to know more. 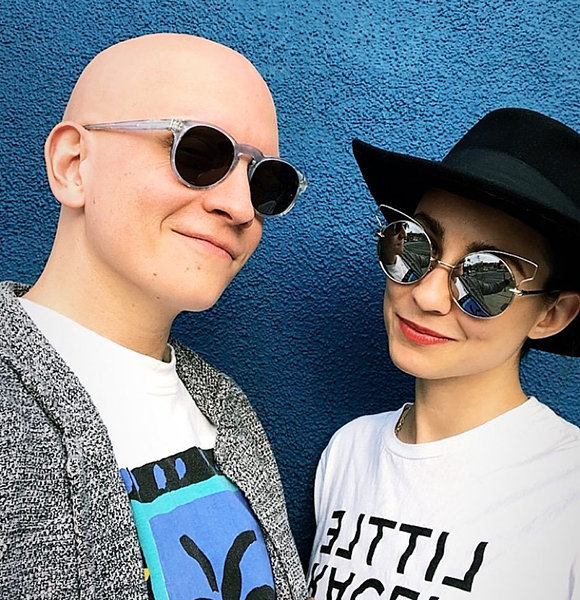 Are you a fan of DC Comic? If yes, then you must have known Victor Zsasz, one of the supervillains who have a frequently occurring role in the drama series Gotham, based on DC characters.

Well, Victor Zsasz in Gotham gets portrayed by Anthony Carrigan. Anthony with his acting skills has been able to grab many fans for himself, who are much more interested to know what his life is like behind the cameras.

Is he married to a wife? What about the rumors of him being gay? Keep reading to know more!

Anthony Carrigan, an American actor, is currently enjoying his personal life apart from a professional one. He is one of the supervillains, who has been able to gain himself a massive amount of admirers for his role.

Although his fans are curious to know about his relationship status, he kept his romances to himself, refraining from making a public scene.

Nevertheless, around 2013, it came to light that Anthony was romantically seeing a woman, which simultaneously fended him from gay rumors. He had been romantically involved with Gia Olimp as he posted pictures with her on his Instagram.

Even though he opted not to open about the beginning of their relationship immediately, Anthony posted their first picture on Instagram at around May of 2016. He captioned the picture writing, Since then the duo has been steady with their relationship. They do post pictures together but not frequently.

Off all times, Anthony and his wife Gia - a Serbian chess master - chose the day got married on 22nd June 2018 to shed some light on their history.

Per their respective posts on their wedding day, the duo's meeting was an accident. In 2015, a seemingly lost Anthony had gotten off at the wrong stop while riding a subway in New York. Meanwhile, Gia had gotten on an erroneous train.

Somehow, the then-two strangers ended up as the only passengers on the same platform. Calling his decision to walk to Gia on that day at his best, the Gotham actor thanked her for inspiring him to be a better man on his wedding day. His wife returned the favor for calling him the man of her dreams. At the 2019 Screen Actors Guild Awards, the married duo stunned the paparazzi when they pulled up looking sleek.

Anthony Carrigan was born on 2 January 1983 in Boston, the capital and largest city of Massachusetts. His parents raised Anthony along with his sister.

Anthony was just three when he was first introduced to hair loss. Since then, Anthony has been struggling with a disease called Alopecia Areata which is mostly known as Alopecia. The disease is a condition in which the body's immune system attacks the hair follicles.

However, Anthony opened how he struggled to cover up his condition. Later, when he spilled his secret, he realized how he didn’t care what people thought about his bald head.

While some people thought his disease would put an end to his career, instead the projects kept coming for Anthony along with the public acceptance. He landed various roles most notably crazed villain Victor Zsasz from Gotham.

Bio You May Like:- Amiri King Bio, Age, Wife, Girlfriend, Net Worth

Anthony, who attended Carnegie Mellon and earned a degree in theater, had made his film debut in 2009. Also, he portrayed the role of a stabbing victim possessed by a Civil War ghost in the paranormal romance The Undying.

Moreover, Anthony got cast as Tyler Davies, a medical school dropout in the ABC's sitcom, The Forgotten, in 2010. Later in 2014, Anthony starred as a villain Kyle Nimbus/The Mist in television series The Flash in 2014. Recently, Anthony starred as NoHo Hank in a TV show Barry which has an IMDb rating of 9.1.