By LRU Writer | On: May 26, 2019
Ashley Biden is the only surviving daughter of 2020 Democratic presidential candidate and former Vice president of America, Joe Biden...Coming from an esteemed political family, she pursued social work as her career...Executive Director at Delaware Center for Justice till 2019, she left the job to help her father in his 2020 presidential campaign... 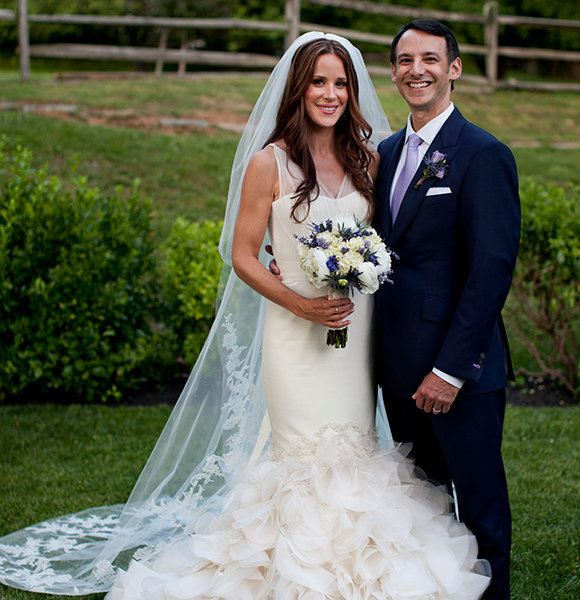 Ashley Biden is the only surviving daughter of 2020 Democratic presidential candidate and former Vice president of America, Joe Biden.

Coming from an esteemed political family, she pursued social work as her career. Executive Director at Delaware Center for Justice till 2019, she left the job to help her father in his 2020 presidential campaign.

Well, she is the only child of Joe Biden and his second wife, Jill Tracy Jacobs. Before marrying her mother, Joe was a widower of Neilia Hunter. Unfortunately, the poor woman was involved in a car crash in 1972, which included Ashley’s half-siblings, Hunter, Beau, and Naomi. While the boys survived, Neilia and her daughter Naomi of age one died in the crash.

Since the Biden family had seen enough deaths, Ashley was brought up in a warm and compassionate environment.

Thus, the flourishing young woman went to Tulane University to study Cultural Anthropology and graduated in 2003. An academically inclined Ashley didn’t stop her education there. She completed the Master of Social Work degree in Social Policy and Practice from the University of Pennsylvania.

Implementing her education in work, Ashley launched her clothing line Livelihood, which sold ethically produced, American-made clothing in 2017. The proceedings of the organization continued to go towards programs that worked to alleviate poverty through education, training, and job placement.

Ashley got married to the man of her dreams, Dr. Howard Krein - an otolaryngologist and plastic surgeon by profession - on 1st June 2013. The wedding was an intimate affair with 200 close family and friends in attendance. Interestingly, her Vice president father didn’t invite the then President of US, Barack Obama to the wedding as Ashley didn’t want it to be a formal affair. Nevertheless, the ceremony held at St. Joseph on the Brandywine Church in Greenville, Del was a joyous affair.

Now, the married pair resides at Philadelphia and are yet to welcome children in their lives.

Brush Off With Law

Ashley acted out quite a bit in her life. Police arrested her in 1999 for possessing marijuana. However, the prosecutor didn't file any case against her.

Cut to 2002; she got involved with the law in a misdemeanor charge of obstructing a police officer outside a Chicago bar. Ashley’s cat and mouse with the law didn’t end there. She was all over tabloid in 2009 for a tape allegedly showing her doing cocaine.

As of 2019, she has become a responsible daughter and is helping her father, who posses net worth of $900,000, in his presidential campaign.