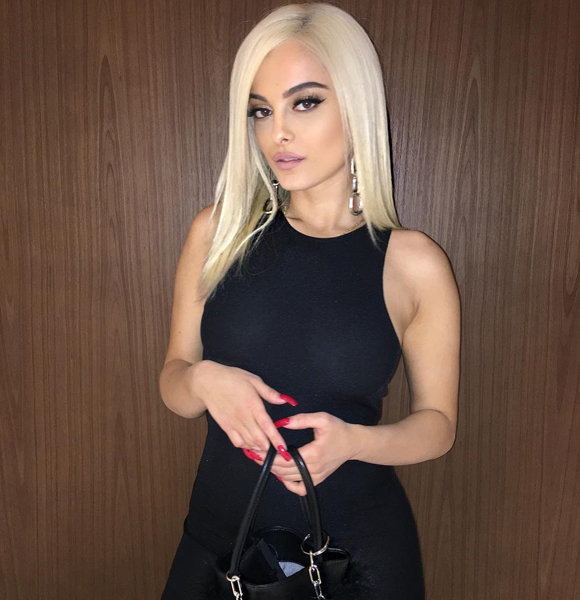 After many ups and downs in her relationship with her boyfriends, Bebe Rehxa is finally extremely happy with her beau. Let's talk about it.

Following her breakup, Bebe Rehxa expressed her feelings for her ex-partner in a tweet on 11 February 2017, where she put a poll on what kind of person is her ex-partner? And the option to vote reflected her emotions.

Another tweet followed Bebe's poll the same day, which was about her Valentine for the year 2017. Valentine is all about celebrating love, and she shared that all her fans, "Rexhars," were her Valentines in 2017.

Post-break-up, she revealed her dating status through Twitter on 13 April 2017 as well.

"I'm single and not ready to mingle."

Before this relationship, Bebe was dating a former boyfriend named Alex, with whom she broke up in 2015. During an interview in February 2017, she shared that her ex-partner blocked her on social media.

"I'm thinking about him right now, but he blocked me recently. I went to go look at his Instagram. "I'm not saying that I'm sitting on my phone all day like, 'Oh let me look at this guy who broke my heart'. Once every four months, just to see if he got a new girl or something."

Being an artist as great as Bebe, she turned her heartbreak into lyrics for her album, which ended up leading her to the verge of depression. She shared,

"I have an album coming out called 'All Your Fault'. When I got my heart broken by my ex I was bitter so then I wrote the first part of this album. It's really moody, dark, rhythmic, urban.

It was interesting because I got my heart broken and at the time I had a music manager and my best friend was my assistant. At the same time my ex broke up with me, my manager came to my house one day and was 'I don't want to manage you anymore' and my best friend decided to go work for my manager.

"I was like in LA crying. Thank god, my mother flew up from New York city. She was like, 'You need to have somebody watch you because you are too depressed right now'. But I went to the studio and this first part was like bam, bam, bam, was like six songs in a row, we did it. And then the second part is completely like a change, stronger."

Further, she was also linked to DJ Martin Garrix in 2016; however, the dating rumors later turned out to be false. As of recently, Bebe is reportedly dating her boyfriend Keyan Safyari; the pair is extremely happy but private as well. Bebe Enjoying The Beach with Her Boyfriend (source: Instagram)

Even though she has a private relationship, Rehxa makes sure to share some of her special and happy moments on her social media, which is absolutely adorable.

Surrounding her mental health, she revealed being bipolar but expressed no shame in her condition. She also talked about her mood swings and anxiety, claiming that she would no more run away from the issue.

Rexha was born as Bleta Rexha in New York City, New York. Speaking of her parents, Bebe’s mother is from Gostivar, and her father is from Debar. Making her ethnicity Albanian.

Reportedly, her father didn't want Bebe to pursue a career in music. But with her mother's support, she has now achieved what most people only dream of.

Bebe is an American singer, songwriter, and record producer. She debuted in the year 2015 with "EP I Don’t Wanna Grow Up," released by Warner Bros Records. Bebe’s single Me, Myself & I with G-Easy reached the top 10 in the US, Canada, Denmark, Sweden, Germany, New Zealand, and the UK.

She has featured in singles including “Hey Mama,” “That’s How You Know,” and "Take Me Home.” According to Celebrity Net Worth, she has successfully accumulated a net worth of $5 Million with her hard work, passion, and dedication to the craft.

Bebe's success in the industry is evident as she has written lyrics for some big names in the music industry, including Rihanna and Eminem.

Discover:- Get All The Details Of Aesop Rock From Net Worth, Tours To Personal Life

Witnessing all her success, we cannot wait to update you guys more on her!