By LRU Writer | On: March 03, 2021
To fulfill the growing fascination of the readers with Bethany, we have compiled some riveting wikis...Before her foray into the show-biz universe, Bethany, age...Bethany's recent Instagram post which featured her rumored boyfriend of three years, Jeremy Finkel, and mama Watson has sparked wedding... the Whiskey Chick star was once rumored to have gotten engaged to the musician...Her new job at the show featured the 33-year-old hosting daily segments including...she opened up about her decision to leave her banking gig with good salary by...But by then, she had already amassed thousands in net worth... 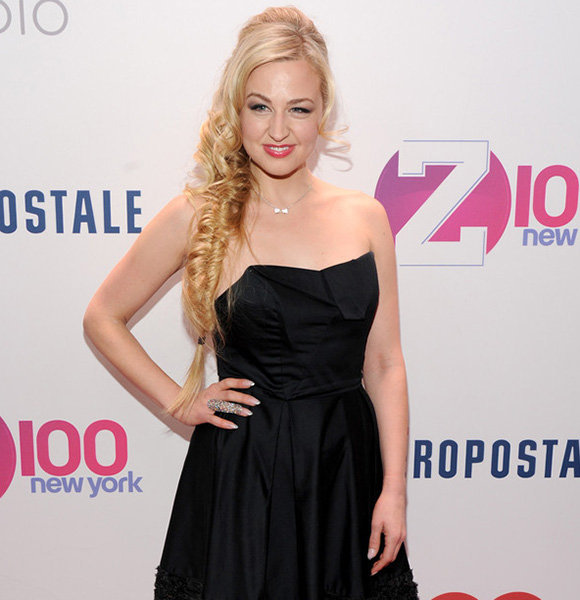 When radio personality and actress Bethany Watson left her banking gig to pursue a career in broadcasting in 2012, her new job at Dave Ryan in the Morning Show made her an overnight success. Around the same time, then-engaged Bethany was head over heels about her then-boyfriend Ricky.

The Wisconsin native has since then moved on from both her gig at the said radio show as well as her fiance Ricky. Today, the former Dave Ryan in the Morning Show personnel works as an actor as well as producer, developing web series. And more importantly, she has found herself a new man.

With the said new man meeting her family, the wedding rumors surrounding their romance is beginning to gain momentum!

To fulfill the growing fascination of the readers with Bethany, here is the compliation of a riveting wiki on her including her net worth, salary at the new job, age, height and of course, tackled the wedding rumors.

Everyone hates the so-called "9 to 5" and Bethany is no different!

Before her foray into the show-biz universe, Bethany, age 33, made her living working as a banker, a job she hated. In her 2012 interview with Her Campus, she opened up about her decision to leave her banking gig with good salary by saying:

"I was working at a bank and realized I hated my job and my life."

Despite having zero experience in broadcasting, she was hell-bent on making it on the radio scene. Her theater background(Theater Arts Major at the University of Minnesota) indeed came in handy as she got hired as Lena Svenson on the KDWB show Dave Ryan in the Morning Show.

Eventually, the University of Minnesota Alum made big money move to Elvis Duran & the Morning Show as its co-host in August of 2012. Her new job at the show featured the 33-year-old hosting daily segments including Morning Show Horoscopes with Danielle & Bethany, Headlines with Bethany and What's Trending with Bethany.

After spending almost five and a half years with Elvis Duran & the Morning Show, Bethany - who stands tall at the height of 5 foot 10 inches - left the syndicated national programme to "pursue other passions."

But by then, she had already amassed thousands in net worth. Her wiki reveals that she has developed the 2017 web series called Whiskey Chick. Currently, she stars in Labeled - a web series about a New York-based record label.

Additionally, Bethany and her frequent collaborator Jon Sosis wrapped up their recent project “Anya Marina: Indie-Pendent Woman" which, according to her Instagram post, is "coming out soon."

Born on 15 December 1984, she grew up in Wisconsin alongside with her brother, John. If one were to go by her socials, she shares a close-knit bond with her family.

Discover:- Known for His Voice, Ross Matthew's Relationship With Gay Partner: Boyfriend Since 2008 Like every other gossip in show-biz, this too proved to be mere speculation at the end. According to her wiki, she and her alleged bae Jeremy are yet to be engaged.

However, that doesn't mean Bethany hasn't contemplated her wedding. She once tweeted a desire to have her husband sing Jessica Simpson's Where Are You at their wedding. Many might not remember, but the Whiskey Chick star was once rumored to have gotten engaged to musician and radio personality Ricky Roo. But when a fan confronted her about the engagement ring in Twitter, she swiftly replied:

The timeline of Bethany and her once fiance Ricky is as elusive as they come. However, the only time the former has ever referenced the latter came in the form of her 2012 Her Campus interview, while discussing her 10-year plan.

Interesting:- What Is Michael Cole, 'WWE Voice" Salary & Net Worth? He's Among Richest

Little did Bethany know at the time of her interview that she and Ricky's relationship would eventually run its course!