All About Bo Burnham's New Special And Relationship Status

By LRU Writer | On: July 12, 2021
Bo Burnham is a comedian and singer, who rose to fame after...released two comedy albums... and announced his upcoming special Inside teaser on April 28th, 2021...became the winner of...is not yet married...reportedly been dating...the couple also has a significant age difference of...is a big supporter of the LGBTQIA+ community...often jokes about his sexuality...was born...the youngest child in the Burnham family...for his education, Bo attended... 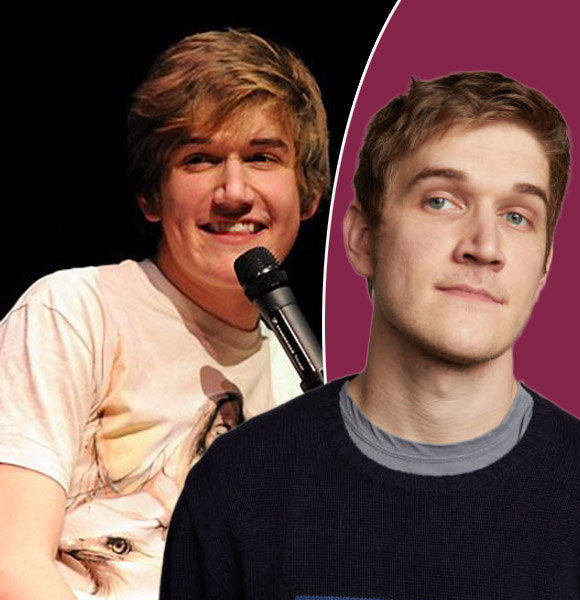 Comedian, singer, actor, and director Bo Burnham took to Instagram and announced his upcoming special Inside teaser on April 28th, 2021. In the post, he mentioned that the special was filmed by himself without the help of any crew during the time of lockdown.

After a month of revealing the news, he officially announced his special release date on May 22nd, 2021, via Instagram post. His special "Inside" hit the theatre for just one night on June 22nd, 2021.

After the comedian's last special- Make Happy, was released in 2016, he decided to take time off from a stand-up comedy. During an interview in 2018, he mentioned that he took a break as he struggled with anxiety and had panic attacks on stage sometimes. Burnham also mentions that he directed the 2018 movie- Eighth Grade to overcome his anxiety.

"It's an incredibly surreal place to have one, within the confines of something you made in front of 3,000 people, that have no idea, that paid to come see you...It's funny in hindsight..."

“I realized that the sort of depth of my experience was not unique to me...That’s why I wanted to make a movie about someone that’s performing and seeking an audience and wanting all those things but isn’t a 27-year-old male comedian.”

Hence, after five years, he is back again with his new Netflix special- Inside, which was written, directed, filmed, and performed by himself during the lockdown. Bo shared a small snippet of his new special, and the caption read-

"hi. i made a new special. it was filmed by me, alone, without a crew or an audience, over the course of the past year. it is almost finished. i hope you like it."

The special was released on May 30th, 2021, and is now available for streaming on Netflix.

After the massive success of his album “Inside,” the 30-year-old has his Netflix Produced show, “Bo Burnham: Inside,” make a one-night appearance on Netflix.

He recently enjoyed the success of his song album “Inside,” charting number 1 on a billboard last month. The album was able to achieve this in just one day of tracking. Alongside that, the album also debuted at No.44 on the Top Album chart.

Now, after the massive success of his soundtrack, he is bringing it to the theatres. The singer is posting the details on his Instagram and inviting his fans to go out from their home and enjoy his musical on theatres.

Is Bo Burnham Married? Has Wife Or Girlfriend?

Bo's professional life has been no secret, but the talented comedian has tried to keep his personal life pretty secluded.

He has been in a relationship with Lorene Scafaria for quite a while. Bo has reportedly been dating Lorene since 2013. Lorene is an accomplished screenwriter, playwright, and actress who made her directorial debut in 2012 with Seeking A Friend For The End Of The World.

Further, she is also the director of 2019's hit Hustlers, starring the likes of Jennifer Lopez and Cardi B. Bo Burnham with his girlfriend, Lorene Scafaria, in an event in 2019 (Source: static.gofugyourself.com)

Despite being together for a long time, the couple has kept their relationship very low-key. However, they have a significant age difference of twelve years. Bo is 30, while Lorene is 43, but the age difference does not bother the two.

Besides, there is no news regarding the two getting married or engaged. Guess we'll have to wait and find out!

Is Bo Burnham Gay Despite Having A Girlfriend?

Even after being in a relationship, people often speculate him of being gay. Gay rumors regarding Burnham started igniting because of his open support towards the  LGBTQIA+ community. Also, he often jokes about his sexuality on his comedy sketches.

However, Bo is not actually gay, and all the speculations swirling around him are baseless rumors.

Robert Pickering Burnham, aka Bo Burnham, was born on 21st August 1990 in Massachusetts, USA, to Scott Burnham and Patricia Burham.

He is the youngest child of the family, and his elder siblings are his brother- Pete Burnham, and his sister- Samm Burnham.

You May Be Interested:- Chris Redd Net Worth, Married, Family

He had a hang of performing arts, especially comedy, from an early age. As a kid, he used to be the entertainer at family gatherings, mimicking his family members and doing comedy stints.

As for his education, Bo attended the all-boys school in his hometown: John Preparatory high school. Even at school, Bo was the designated funny guy. After high school, he was accepted into NYU's prestigious Tisch School of the Arts, but he dropped out after a year to pursue his career.

Further, he rose to fame after posting his comedy songs My Whole Family Thinks I'm Gay and Bo Fo' Sho on YouTube in 2006.

Following his internet breakout, Bo released two comedy albums between 2009 and 2010, and both of them ended up being a massive hit. Further, in 2011, his fame peaked when he became the winner of the 2011 Stand-up Showdown on Comedy Central.