By LRU Writer | On: May 17, 2019
The famous cook and a cooking show host Bobby Deen, the youngest son of Paula Deen, is a married man...the question is who his wife...welcomed triplets with wife on...

Famous cook and a cooking show host Bobby Deen - the youngest son of the even more famous Paula Deen - is currently a married man. But, the question remains, who is his wife?

Bobby Deen - who got listed in the top 50 list of eligible bachelors in 2006 - hit the news following his engagement in April of 2013 with his commercial producer girlfriend, Claudia Lovera whom he was dating who is possibly in her mid-30s right now.

The couple got engaged in Bobby’s hometown, i.e., Savannah, Georgia. Not surprisingly though, his mother Paula was "over the moon" with the development.

After a couple of months, in July 2013, Bobby and his girlfriend-turned-fiancee got married in Savannah in a private ceremony. Even to the groom's mother, the wedding was a surprise.

The then-newlyweds tied the knot and swapped their vows in front of family and friends - About 75 of them which included Claudia’s family, who live in Panama. 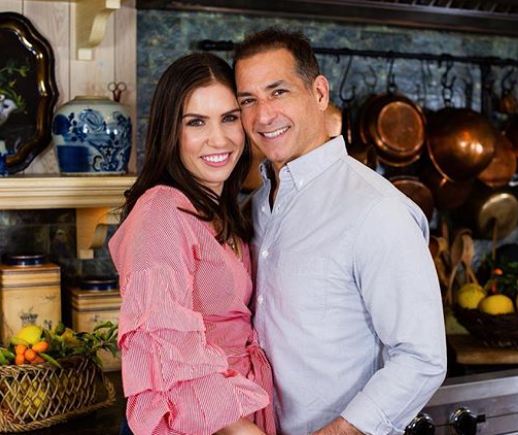 The wedding - which was beautiful enough - was not yet merry as Bobby’s mother Paula stole the limelight but not is a pleasant way.

At the time, Paula was surrounded by fallouts and criticism because of her admitting - in a deposition released in June 2013 - to using the N-word.

Tackling the very matter, In a phone interview with Savannah Now, Bobby said:-

“When the sky fell on my family, it was everything to have Claudia by my side, but unfortunately, the people who did that to my mother. My mother has not wronged anybody, they stole our wedding from us”

The married pair later decided to have a "huge Catholic wedding" in Panama, where all of their relatives and friends will be present. Following the announcement, he spoke highly of his wife. In his own words:-

“I’m blessed. She’s a beautiful woman who was a real bright spot in my life this year.”

After the nuptials, neither Bobby nor his life partner Claudia delved into a subject of starting a family immediately.

Bobby and his wife Claudia's dream of bearing a baby got fulfilled when they welcomed triples - son Linton and daughters Olivia Marie & Amelia Ann - on 16th October 2018.

It was the cooking show host's mother Paula, who first shared the exuberant news to the masses via Facebook. Sharing a video, she announced that her three grandkids "were pretty early."

According to Paula, Bobby and his wife's babies were born nearly four months early. Linton, Olivia Marie, and Amelia Ann didn't get discharged until the beginning of 2019.

Before being pregnant with triplets, Claudia underwent a disastrous phase as she battled infertility. On 2019 Mother's Day Instagram post, she opened up about her two miscarriages.

Before the baby news hit, both Bobby and Claudia remained focused on their career and securing their future. In retrospect, the decision seemed like the right thing to do. Many might not know but he and Jamie - who is also a fellow television personality - hosted a reality television series on The Food Network called ‘Road Tasted.'

With all the work Bobby does, be it alone or with his brother, it has helped him to accumulate him a splendid net worth of $5 million.