By LRU Writer | On: April 02, 2021
Canadian actor Marcus Rosner is as irresistible as they make... As perfect as Marcus seems on the outside, he's however not far removed from controversies... 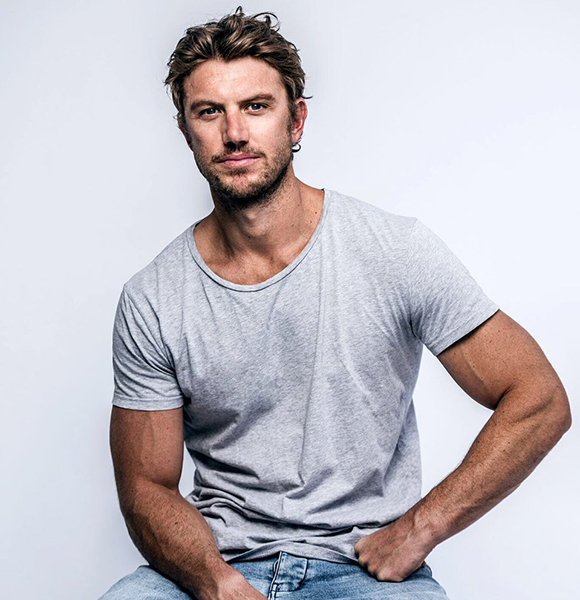 Canadian actor Marcus Rosner is as irresistible as they make. A staple among the Hallmark cinematic universe, he capitalizes his God-given physical features and self-crafted acting skillsets to wow both the small-screen and big-screen audiences.

As perfect as Marcus seems on the outside, he's, however, not far from controversies - his sexuality being one of the most persistent ones. Read along to learn more!

It's no secret that the former Arrow star boasts a massive following among the gay/lesbian community. No doubt, any eager male fan would agree to be his partner to know the actor better.

Marcus - despite what the rumors imply - isn't a gay man. Which inadvertently means that he doesn't have a boyfriend to call a partner. And perhaps, he never did.

The suggestions about him being gay aren't mere borderline rude and mean but also rooted in lies. In truth, he shares romantic ties with a person of the opposite gender.

As things stand, Marcus isn't married, nor does he have a spouse with the wife label. With that being said, he does share a spouse-like relationship with his girlfriend. The two began dating before 2017. Marcus Rosner and his mysterious girlfriend kiss each other circa 2017 (Photo:- Marcus Rosner's Instagram)

The Supernatural actor, for his part, never shies away from showing off his mystery muse to the world. But there's a caveat; he rarely displays her full face on his Instagram posts.

"I have a beautiful, intelligent girlfriend who I love more than life but you won't see any posts about her because that's our business."

To date, he has stood strong in his statement; In an Instagram post he shared on 13 October 2020, we saw Marcus and his mysterious girlfriend on a boat. But, without a doubt, he didn't reveal her face. Instead, he put a 'rabbit' emoji on her face.

The post was made to congratulate his closest friends who were gonna have a little baby girl then. Have a look at the picture!

Nonetheless, he and his brunette girlfriend appear as happy as the next couple. Any day now, the two could get engaged and become a husband-wife duo over time.

Born on the 10th of August 1989, Marcus - now age 31- grew up in Alberta, Canada, despite being a British Columbia, Canada-native.

His mother gave birth to him when she was 15 years old. To this day, he and his mom share an unbreakable bond. His dad, on the other hand, not so much. They are no longer on speaking terms.

For the former Once Upon a Time star, who boasts 6 feet (1.83 m) in height, his step-dad was the father figure of the family growing up.

Net Worth From TV Shows & Movies

It's hard to believe that Marcus didn't begin acting until he was 21. He credits Tom Cruise's performance in the movie Jerry Maguire for instilling a passion for theatrics on him.

Among his different acting gigs, he gets best recognized for his roles in Hallmark movies, including A Christmas Detour, Appetite for Love, Summer Dreams, The Birthday Wish, Summer In The Vineyard, and Valentine In The Vineyard.

Other Hallmark Star:- David Haydn-Jones May Just Be Married! Spouse Revealed Despite Secrecy?

Likewise, Marcus' notable contributions on TV Shows include performances on The Secret Circle, Arrow, Untold Stories of the ER, Continuum, Rush, Supernatural, Once Upon a Time, Girlfriends' Guide to Divorce, Tomorrowland, When Calls The Heart, Mistresses, You Me Her and Unreal. Despite his burgeoning net worth, the former Mistresses actor doesn't consider himself wealthy.