By LRU Writer | On: August 20, 2019
Brian Geraghty broke into the Hollywood scene from his role in the cult hit movie, The Hurt Locker. For his portrayal of...Post the memorable work in the movies, he forayed into the TV screen. He portrayed...As a movie and TV's darling actor, Brian's dating life is great... 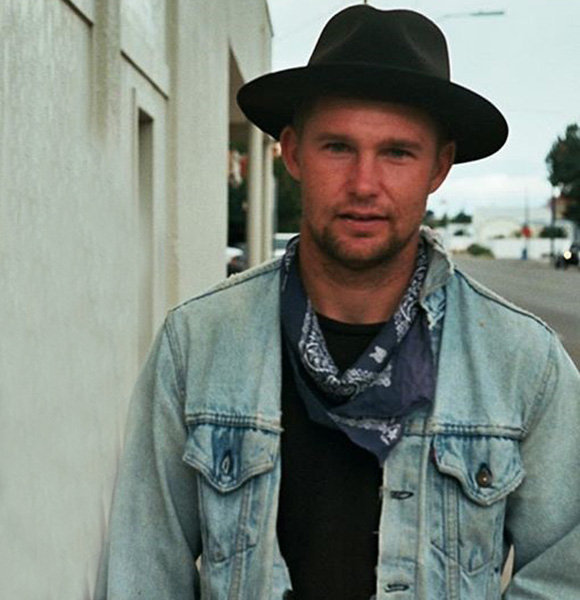 Brian Geraghty broke into the Hollywood scene from his role in the cult hit movie, The Hurt Locker. For his portrayal of Specialist Owen Eldridge, the actor was awarded Washington D.C. Area Film Critics Association Award and Gotham Award for Best Ensemble categories each.

Post his memorable work in movies; Brian forayed into the TV screen. He portrayed the role of Sean Roman in Chicago P.D. Simultaneously; he also appeared in its sister TV shows, namely Chicago Med and Chicago Fire from 2014 to 2016.

Brian's other projects: Blindfire and Faith, are in post-production as of 2019.

As a movie and TV's darling actor, Brian's dating life is a great matter of concern for media and fans alike. Well, he boasts visible dating history in Hollywood.

In 2009, the actor was in a relationship with actress Laura Ramsey. The young pair dated for a year before parting ways in 2010.

Post the failed romance; Brian found love again in the sets of the movie, Audrey Hepburn’s Neck. It so happened that, he started dating his co-star, Krysten Ritter in 2011. The actress was rather vocal about their relationship. She often spoke about their budding romance and also shared intimate moments between the pair on Instagram.

However, the actor duo's relationship couldn't last, and the pair parted ways in 2013.

After the painful breakup, Brian allegedly moved on with Amber Kekich - a Spanish model. However, he posted an Instagram picture with a mystery girl and addressed her as a partner in October 2014. Thus, his dating timeline is a matter of considerable speculation. But, Brian has mostly remained mum about his dating life and marital status in 2019. Maybe he is yet to find the right girl to get married.

Regarding his gay rumors, the long list of his ex-girlfriends throws the speculations to dust. However, in 2011, he did join the cast of a gay romantic comedy titled Gay Dude, which may be the reason behind his gay rumors.

Brian was born on 13 May 1975 to parents; father Dennis Geraghty and a loving mother. The Toms River, New Jersey native's family was supportive of his acting ambitions early on. They supported the actor and sent him to study acting at Neighborhood Playhouse School of Theatre.

The actor of age 44 improved his acting craft and soon began working in movies and TV shows. His notable films include We Are Marshall, Jarhead and Easier With Practice.

As a working actor, he earns an average of $49,986 per month and boasts a decent net worth.