By LRU Writer | On: November 15, 2019
Christian Serratos’ name certainly pops in front of...rom her solid professional resume, she is also very happy in her life with a lovely family of her...both the parents are happy with just one baby and spending a lot of time with...reigned over the entertainment industry with her versatile roles and portrayal of some memorable characters like... 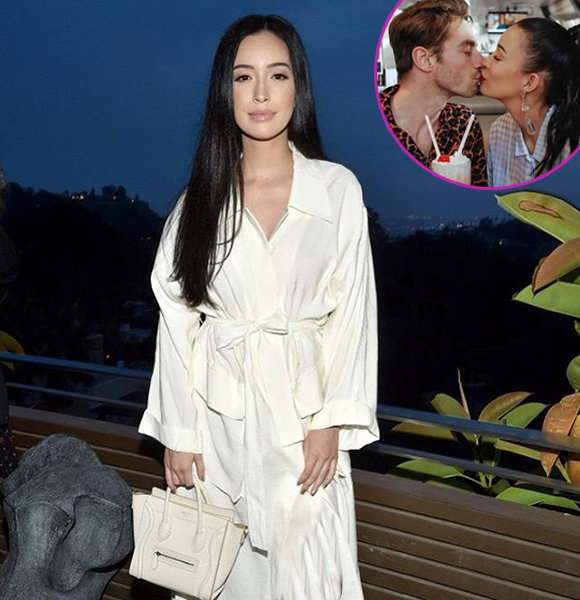 The Twilight Saga actress cemented her place with her terrific acting skills and consistent heart whelming performances. Similarly, she was part of notable projects like The Walking Dead, The Secret Life of the American Teenager, and Pop Star.

Apart from her solid professional resume, she is also delighted in her life with a lovely family of her own. He is a happy mother for her daughter and has a good relationship with her boyfriend, David Boyd.

Christian Serratos enjoys a healthy lifestyle when you see her outside of the camera. The young actress has a pop star boyfriend, David Boyd, and a daughter with him born in June 2017.

David is a member of the rock band New Politics and the loving couple has been dating each other since 2014. Though they are yet to get married, the dynamic duo is very keen to extend their family.

As of now, both the parents are happy with just one baby and spending a lot of time with her. But, looking at the way they are going about their relationship, that might soon change. Apart from her real-life love interest, Christian chemistry with on-screen boyfriend Devon Werkheiser was also a talking point in the past.

Christian Serratos was born in Pasadena, California, on 21 September 1990. Her father was a constructor worker and mother, a marketing agent, and a public relations officer at ACSPR.

As a child, she was inclined to skate. She was so good that her coaches even talked about participating in the Olympics. But, that wasn’t to be as she signed with Ford Modeling Agency at the age of seven.

From the same, she shifted towards acting and commercial works. In 2004 the 29 years old landed her first role in Declassified School Survival Guide. Now, the 5 feet 7 (1.70m) actress is an established name with more than twenty acting credits to her name.

Christian Serratos reigned over the entertainment industry with her versatile roles and portrayal of some memorable characters like Rosita Espinosa, Angela Weber, and Susie Crabgrass.

Beginning her career in acting in 2004, the Pasadena native improved meticulously as she became more familiar with the task in hand. Further, her work in Twilight also helped her win the Young Supporting Actress Award in 2011.

Now, she is a formidable name in the world of acting with an average salary of $50,122. Though her net worth is still under wraps, The Walking Dead actress is still increasing the sum with a new project coming her way now and then.