By LRU Writer | On: October 16, 2019
Courtney Eaton made her acting debut from...was born in...boasts mixed ethnicity from both her parents...stands at an astounding height of...is blessed with the perfect measurements of... has had a fair share of romantic affairs...As of now, Courtney is in a relationship with... 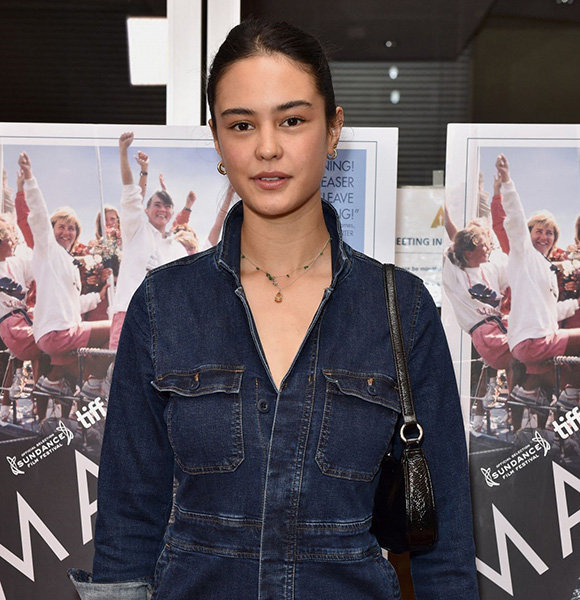 Australian actress and model made Courtney Eaton made her acting debut from the 2015's critically and commercially acclaimed movie Mad Max: Fury Road. She portrayed the role of Cheedo the Fragile starring alongside Tom Hardy and Charlize Theron.

Following her debut, she has appeared in movies like Gods of Egypt, Newness, and Status Update. Apart from films, she has also made appearances in TV shows like Up Close with Carrie Keagan, Made in Hollywood, and The Five Wives: So Shiny, So Chrome.

Besides her acting endeavors, Courtney has also had a successful career in modeling.

Courtney was born in Bunbury, Western Australia, on 6 January 1996. Courtney's father is Stephen Eaton, who works as an IT professional. According to him, Courtney's mother is not a part of her life.

Apart from her father, Courtney also has a younger brother named Campbell Eaton and step-siblings; sister Olivia and brother Danny in her family.

As for her ethnicity, the actress boasts mixed ethnicity from her parents. Her father is of English ancestry whereas, her mother- a New Zealand native is of Chinese, Pacific Island and Maori descendant.

You May Be Interested:- Kate Bock Boyfriend, Family, Measurements

At the age of 23, Courtney has established herself in both modeling and acting world through her hard work and acting talents. However, her gorgeous body also has a huge credit for her success.

The beautiful actress stands at an astounding height of 5 feet 10 inches (1.78 m) with a slim body and a complimenting weight of 56 kgs (123.5 lbs). Moreover, Courtney is blessed with the perfect measurements of 33-24-36 inches.

Who Is Courtney Eaton's Boyfriend?

With a gorgeous body and a growing career ahead of her, Courtney is, without a doubt, an attractive woman. Needless to say, she has many admirers. Thus, the heartbeat of many, Courtney has had a fair share of romantic affairs in her life.

In 2015, Courtney started dating American singer, musician, and actor, Ross Lynch. Initially, there were just rumors, but the actual confirmation came when Ross posted an adorable video on Courtney's birthday. The pair seemed to have an incredible connection, but that could not last forever as the two parted ways after dating for two years. However, even after the split, the two remain close. In fact, Ross was also included in Courtney's 23rd birthday party in January 2019.

Moreover, from her posts on social media, Courtney seems to be going pretty strong with her boyfriend, Spencer.