By LRU Writer | On: October 17, 2018
Dan Osborne, one of the housemates of Big Brother, shares a bumpy relationship with his wife...The couple shared...months of separation during the course of their togetherness after...months of tying the wedding knot. They are also blessed with...kids...On the other hand, Dan had some issues with his ex...even though he shares...with her... 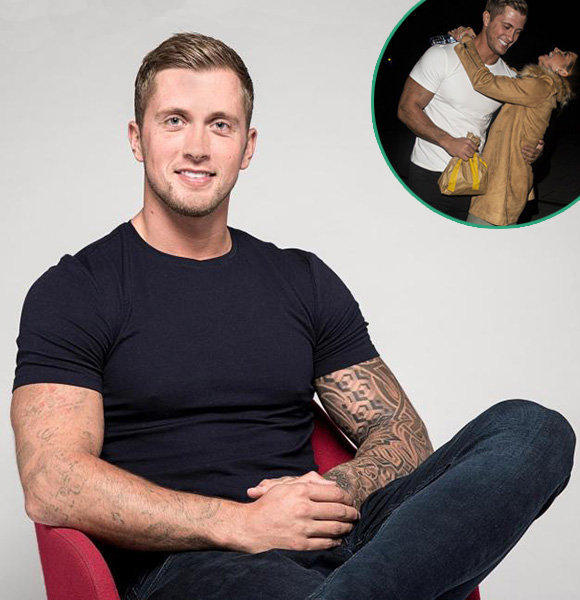 It's not always sunshine but the worth of sun is known only after a little rain. Indeed, relationships work the same way as it is not always happy moments. Every relationship goes through tough times and it all depends on the two holding the ends of the bond.

Dan Osborne, one of the housemates on Celebrity Big Brother 22, had similar ups and downs in his relationship with his wife. In the span of three years of his married life, he shared two children with his other half.

The couple briefly parted ways facing ups and downs in their relationship but have they rekindled their romance now? Here is what his wiki reveals.

Family Of Four With Wife, Rekindled Romance After Brief Separation?

Dan Osborne, the television personality shares two years of marital bond with his wife Jacqueline Jossa. The romance between the two sparked months after they first met back in 2013 at an award ceremony.

In the beginning, the couple remained friends but as the time passed the closeness grew and soon they were madly in love with each other. With their budding romance, the couple was soon expecting a new addition to their life.

Jacqueline was pregnant with their first baby back in August 2014. Months later the pair welcomed their baby daughter Ella into their life. About four months later, in June 2015, Dan asked the mother of his child to marry him.

The pair was due to tie the wedding not back in 2016 but as they failed to find the perfect venue for the ceremony they postponed the dates to July 2017. The pair were pronounced husband and wife in Delamere Manor, Cheshire where the wedding ceremony took place. Dan Osborne with his wife and kids. (Photo: pinterest.com)

After almost a year of marriage, in January 2018, Jacqueline was again pregnant with their second baby. But with the happy news were attached the troubles in their romance. In May, Dan was pictured moving out of their marital home which gave rise to their split speculation.

However, Dan moved back in as the delivery date neared. After the birth of their second daughter, Mia, the couple hinted the revival of their romance. In September the couple rekindled their romance through a post on Instagram.

Dan posted a picture with his wife holding her close to the cheat with a heart emoji in the caption. In the meanwhile, Jacqueline threw a congratulation party to Dan after he finished third place in the Celebrity Big Brother.

Adding to it, the couple was recently spotted making their way back to the hotel in Derby after their night long party. Their cozy night together comes after the pair gushed about rekindling with OK! Magazine.

Dan opened up with the publication saying,

It’s no secret that we went through a bad patch, but we’re back together and things are really good. We split up earlier this year but started to get back on track when Mia was born in June and it’s better than ever between us now.'

Adding to it, Jacqueline divulged saying,

"Our wedding rings are firmly back on and we’re stronger than ever.’

Well, Dan and Jacquline sure have found their way back to each other after a rough couple of months.

Shares Son With Ex, Issues With Ex Led To Arrest

Prior to sharing the romance with Jacqueline, Dan was involved with Megan Tomlin, who is a primary school teacher. The couple shared the romance for around 18 months until they parted ways after Dan joined the cast of TOWIE.

Just weeks after Dan and Megan came in terms of their separation, Megan discovered that she was pregnant with Dan's baby. The couple put in efforts to make things out between them but the efforts failed. Dan even moved in with ex to help care for their son Teddy.

However, the pair split finally parting their ways. After the split, Megan even accused Jacqueline to get pregnant intentionally without telling Dan.

On the other hand, Dan was arrested on suspicion of assault with Megan at her home in Essex. Various outlet revealed horrifying recording of him threatening Megan.

In the recording, Dan threatened to "stick a knife" into his ex if ever shared a bed and had sex with another man while branding her as "his property." A police spokesperson revealed that he was arrested but later released without any charges.