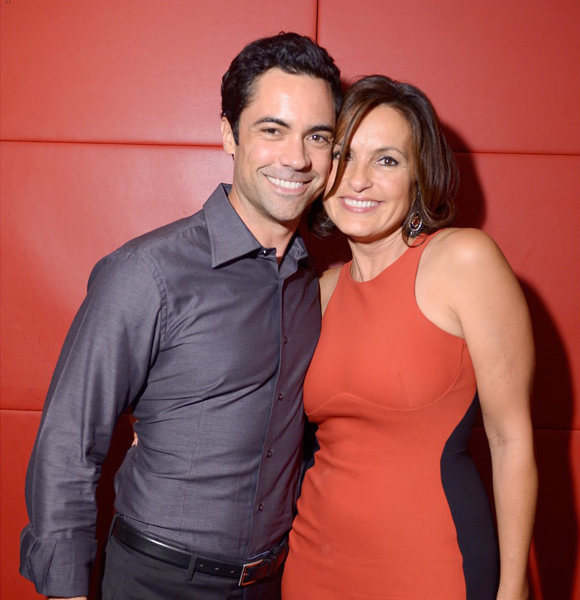 Known for his amazing portrayal in the series "Law and Order: Special Victims Unit,"  Danny Pino has won all the hearts.

With an amazing married life with his beautiful wife, the star has been successful in both departments.

So today, let's talk about his career and married life,

Who is Danny Pino's Wife?

Married to his beautiful wife Lilly Pino Bernal, Lilly is also involved in the entertainment field and mostly for a 2006's short drama, Rosa.

Read About: Inside Spencer Paysinger's Marriage With Highschool Lover

Knowing each other since middle school, the husband and wife are absolute goals.

Stating their three-decade-long friendship, which later turned into a beautiful husband and wife relationship, the star quoted,

"Lilly and I actually met in middle school. We’re just celebrating our 17th wedding anniversary, but we’ve known each other for almost 30 years. It’s crazy!"

Further talking about their relationship, the star added his thoughts,

"It takes work. So even on days you don’t necessarily feel like you want to follow through with things, it’s important to make the effort, to show that you’re there and you care, to try to understand what’s going on."

"Just like in acting, the most important thing in a relationship for me is listening. And we love to travel together!"

"Family puts you firmly on solid ground, so you deal with real life,"

"I always find that coming home to them is a blessing."

Furthermore, he also attends several events with Lilly. One of such events was the 2012 NCLR ALMA Awards, where the duo made a notable appearance with their elegant styles. The beautiful married couple added their happiness in the form of two sons, Luca Daniel and Julian Franco.

Also Read About: Daniel Ezra's Dating Speculations- Has a Girlfriend?

Family of four and the dad of two amazing sons, Danny also talked about his family along with his work on the Law and Order SVU in an interview with Bethany.

Moving on from the actor's family life, there were also many questions regarding his leave from a big project.

After Law And Order: SVU

The reprising character from four seasons, Nick, shocked the department and moreover, the viewers with his decision to leave the force.

On the show, he broke the news to his partner Detective Benson (Mariska Hargitay), revealing that he is retiring and moving out to California to be closer to his daughter and son.

But what's the reason from Danny's side?

Still active in the industry, the star has been spending quality time with his family and also working for his amazing career.

Moreover, his co-star Mariska Hargitay, who impersonates his colleague Detective Olivia Benson in the show, bid him a fond farewell on Twitter. Talking about the recent project for Danny, he has been a part of a T.V series project, Mayans M.C.

Moreover, the star also made a comeback for one episode in Law & Order: Special Victims Unit on 2021.

Danny, who earns a handsome salary of $75 thousand per episode, has accumulated a total net worth of $3 million.

Stay with us for the budding updates on Danny Pino.