Danny Wood Married Status After Split With Wife | What About Kids?

By LRU Writer | On: November 28, 2018
It has been over a decade since New Kids On The Block singer Danny Wood married life with his ex-wife came to an abrupt end when he filed for divorce... Releasing songs and leading a successful life as a touring artist aside, what has the Boston native been up to lately?... Despite the bitter divorce between them, they haven't let it affect their relationship with their kids... In another instance, the Boston native - who has a reported net worth of... 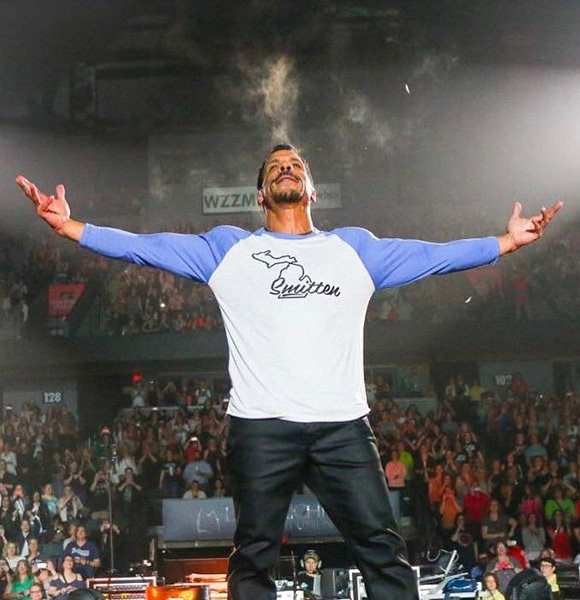 It has been over a decade since New Kids On The Block singer Danny Wood married life with his ex-wife came to an abrupt end when he filed for a divorce.

Though he has always deflected the cheating rumors, the newest revelation from Danny regarding the divorce left the fans of the musician to feel sympathetic towards him.

Releasing songs and leading a successful life as a touring artist aside, what has the Boston native been up to lately? Did he get married again? Is he in any committed relationship? Read along to find out!

The '90s was a torrid time for Danny and his family.

Not only did he had to watch his mother Betty Wood battle cancer, but also his relationship with the mother of his first son Daniel & his girlfriend of two years suffered a severe blow.

By the time his mother had succumbed to her cancer in 1999, he was already married to Miami songwriter Patricia Alfaro for two years. The former married duo, who tied the knot in 1997, had met at an Orlando music studio a year earlier.

However, losing his mother became a detriment to the pair's marriage, which ended in 2006. Almost 12 years after his divorce from his wife Patricia, the "You Got It" singer acknowledged this in an interview with Etonline. He explained:-

"She (Betty) was so influential in my life that I just didn’t accept it. Between me and my ex-wife, it was that for me and other issues for her, ending our marriage."

The so-called other issues was a direct reference to his ex-wife's claims of his extramarital affairs that crumbled the former married couple's marriage.

Despite the bitter divorce between them, they haven't let it affect their relationship with their kids -- daughters Chance age 20 & Vega age 19 and son Anthony (from Patricia's previous marriage) age 26.

From attending his son's (Daniel) birthday to making "a pilgrimage" to New Kids On The Block's walk of fame in Hollywood Boulevard, Danny embodies what it means to have a fruitful relationship with kids as a single dad. Speaking of being single, the father of four has been relentless when it comes to stating his present relationship status. In a 2015 interview with Las Vegas Sun, he asserted:-

"I’m a single dad, a single divorced dad, and that takes up a lot of time."

At the time when Danny made these claims, he was on tour with fellow New Kids On The Block bandmates.

Danny Has A Girlfriend; Amassing Hefty Net Worth Thanks To Tour & Songs Release

Interestingly enough, Danny, age 49, has found a somewhat weird companion in his dog; so much so that he refers to it as his girlfriend. In another instance, the Boston native - who has a reported net worth of $16 million - uploaded a collage of him and his dog enjoying a beer on Instagram with the caption that read:-

"I am spending the weekend with my #gf and some @millerhighlife light!"

When he's not busy bonding with his kids or flaunting his "girlfriend-like" relationship with his dog, the When The Lights Go Out singer is relishing his tour life both as a solo act and as a part of New Kids On The Block.

Danny and his bandmates are currently on the US-leg of The MixTape Tour alongside singers Debbie Gibson & Tiffany and legendary rap groups Salt-N-Pepa & Naughty By Nature. In addition to performing songs from Danny's discography, they will also play group's latest single 80's Baby.