Is Dawn Staley Married? Who Is Her Partner? 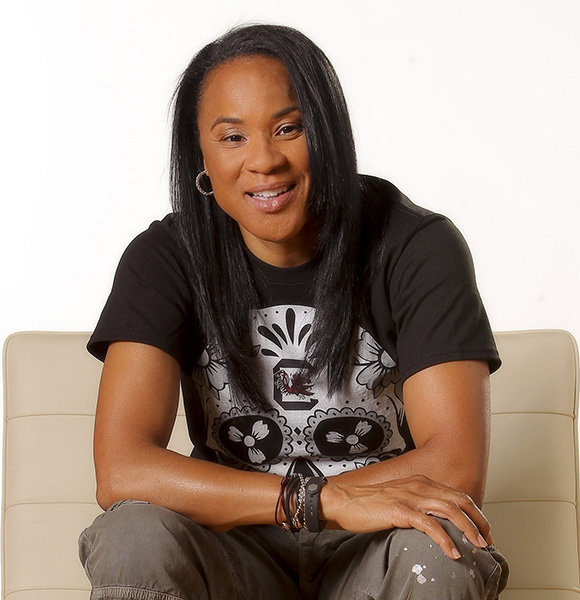 In 2017, American basketball hall of fame player & coach Dawn Staley led the South Carolina Gamecocks to her and the program's first-ever NCCA Women's Basketball National Championship. With the win, she cemented her spot on the pantheon of all-time basketball greats.

The talk of her decorated career, both as a coach and player, runs endlessly, but what about her relationships with her husband? Is she happily married to her husband? Or is she - like the rumors claim - a lesbian? Could she be single? Read along to learn more, including her parents & age!

Dawn has always kept her love life secret. She is not married and has not revealed anything about having a partner. There are speculations about having a wife instead of a husband.

Discover:- Where Is Jaye Davidson Now & What Is His Net Worth Now? Model Update

Although she has never taken offense to being labeled as a lesbian by her fans, the former Houston Comtes guard, age 51, hasn't spoken on the very matter.

However, there are rumors of Dawn and Lisa Boyer getting together.

Refraining to shed light on neither her sexuality nor her relationships in interviews, Dawn has opted for more of a passive-aggressive approach on Twitter when it comes to divulging her thoughts on being married and husband material.

The Philly native once jokingly called a Twitter user(@ksan_indiangirl) her husband. The tweet, which dates back to 2009, reads:-

"@ksan_indiangirl keep the house clean & me well feed....we can call u my domestic husband. :)"

Nine years later, Dawn once again lit up her Twitter feed by tapping into her sarcastic pit as she likened her relationship with her assistant at USC, Lisa Boyer, to that of a married couple. Dawn Staley is cheeking drop thoughts on being married to a wife (Photo:- Twitter)

Although sarcastic, the tweet didn't go well with the fans as they opted for it to be true. Many thought that she was married to a wife. Moreover, Lisa's reply held everyone to believe that they might be partners.

But ironically, that's Dawn, witty and full of sarcasm.

All in all, the South Carolina Gamecocks head coach could be single at this very moment and does not have a husband.

Even though she has not confirmed being a lesbian, she does support the LGBTQ+ community.

For Dawn, who has never identified herself as a lesbian, the LGBTQ community has welcomed her with open arms.

Suffice to say that the feeling of admiration is mutual. Speaking to the Chicago Tribune in 2014, the former WNBA legend stressed the importance of embracing the LGBTQ community by saying:-

"Any time any community embraces this league, you want to support them. I think the WNBA will embrace any group that embraces their organization."

So when her openly lesbian assistant at the USC, Melanie Balcomb, came forth with the story of how Dawn had embraced both her partner and their kids in the 2017 New York Times interview, nobody acted surprised. Melanie revealed:-

“We haven’t been welcomed everywhere, and Dawn welcomed me and my family. It’s been an unbelievable experience.”

In 2018, Dawn - whose parents were initially from South Carolina - created headlines for a different reason. In February, she and Missouri athletics director Jim Strek settled her defamation lawsuit.

Besides her personal life, she has been doing amazing in her career.

Dawn has bagged numerous awards under her belt as a player and a coach. To name some, she has won 6 SEC Tournament championships, 5 SEC regular-season championships, and many more.

She has a salary of $300 thousand and accumulated a net worth of $1 million.

She is now focusing on her career as the head coach. We hope we will soon get to hear about her partner. We will surely update you guys on her. Till then, stay tuned.