Is Denise Austin's Net Worth In Millions? Find Out About Her Personal Life. 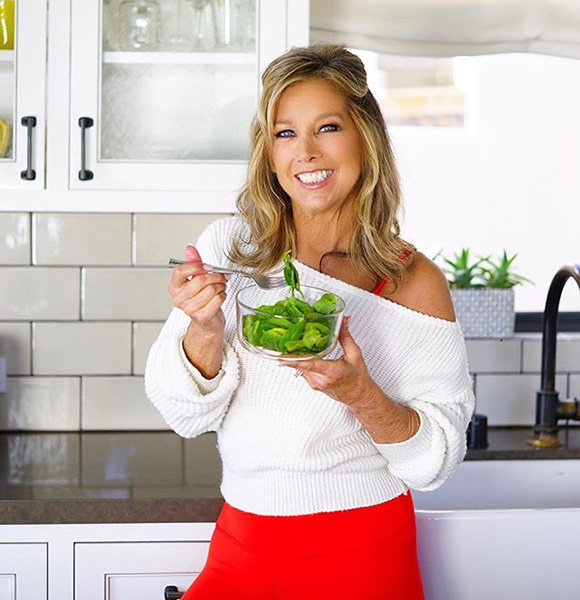 Denise Austin is a legendary American author of fitness-related books like Pilates for Every Body and Shrink Your Female Fat Zones.

Apart from her writing skills, she has also shown talent as a fitness instructor and the host of ESPN's show, Getting Fit with Denise Austin.

She has been active in the fitness industry for more than four-decade now. Her time investment has also given her a good amount of net worth.

Let’s find out about her income.

Denise was born on 13 February 1957 in San Pedro, which makes her 65 in age. A scholar at the University of Arizona, she always knew her zeal for fitness.

Hence, the fitness enthusiast also pursued degrees in Physical Education and Exercise Physiology at California State University. In addition, she made 100 fitness videos and DVDs in her post-graduation, eventually entering the Video Hall of Fame in 2003.

The fitness guru has invested four-plus decades in the exercise industry, collecting a huge net worth throughout her career. She is described as a fit woman alongside inspiration for weight loss and workout routines for many. Denise looks much younger than her age because of her fitness routine. (Source: Instagram)

Denise has sold 24 million videos and DVDs during her involvement years, adding more to her net worth. She has also run a TV show she initiated for more than 20 years. She also opened her house to sell her fitness empire to the highest bidder in 2014. In addition, she has written more than 20 books on fitness and diet.

Denise has also introduced a 10-Week Whole Body program to help women get in the best shape, investing only 30minutes a day. Adding to her fitness routine, she has also shared a four-minute home workout for people who are busy and over 40 years old. In addition, she has been experimenting with different exercises to help others stay fit accordingly.

She and her daughter Katie was also involved in fitness projects in Boston.

Through all the hustle, her salary is estimated to fall between $30,092 and $57,196 as a fitness instructor and $50,754 as an author. However, she has not revealed her actual net worth to the public.

But if we see her business, we can estimate that her net worth will be around millions. Not only her business, but she has also earned a handful of net worth from her social media platform. As a result, she is also enlisted on the list of richest people.

Even if she has not revealed her net worth, she lives a lavish life with her family in Hermosa Beach, California.

Denise married an NBA agent named Jeff Austin in 1983. Jeff is also a former professional tennis player who advanced to the third round of Wimbledon in 1973 and reached a high of No. 52 in the world.

However, in the early ’80s, he went on and worked as a litigation attorney, which was when he met Denise. He was playing tennis at a Los Angeles-area tennis club while she was attempting to rent an aerobics studio. The couple started dating and eventually got married in April 1983.

The pair soon became parents to their two beautiful daughters: Katie and Kelly. Katie followed her mother’s footsteps as a Fitness blogger behind the Get Fit With Katie workout program. On the other hand, Kelly graduated from the University of Southern California and is now pursuing a career on a different path from her sister and mother.

With two beautiful children to call their family, Denise and her husband's love has only flourished over the years. On the occasion of their 36h anniversary, the lifestyle guru shared a picture with Jeff and expressed her undying love for him. Denise has nothing but praises for her perfect husband as she says:

“Everyone in our family — we have a big family on both sides — and everyone asks his personal and professional advice for everything. He is everyone’s rock." Moreover, she is also spotted spending quality time with her beautiful family every once in a while. Denise shows off her love for her husband. (Source: Instagram)

Denise has been married for almost four-decade now. Today too, she has kept her marriage going strong with her husband. She still shares cute pictures of them and shows off their lovey-dovey side.

Know More On: Vanessa Lachey's Mother Left Her When She Was a Child- Learn All about It

Even if she is 65 years old, she has kept her journey to fitness going and has been helping others stay fit.

We hope the amazing exercise guru Denise Austin lives a blissful life ahead and shares more about her life.

Stay tuned to get more updates on her!