DeRay Mckesson Is In a Relationship? Who Is His Partner? 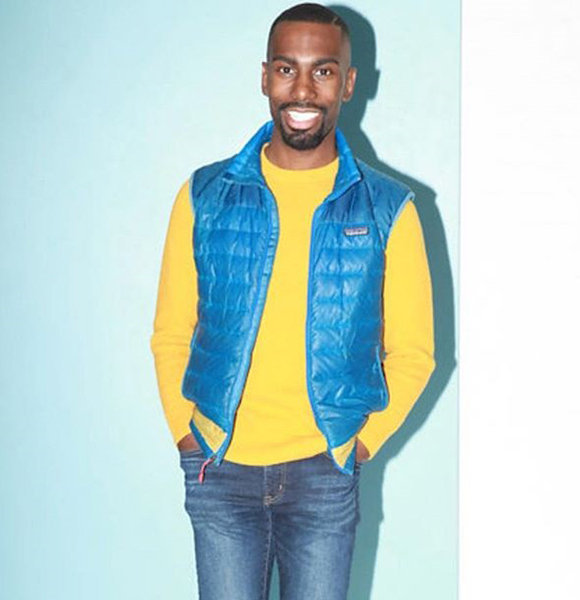 DeRay Mckesson, a civil rights activist, has had a significant impact on the online community through his celebrity and social media presence.

He is a supporter of the Black Lives Matter movement and one of the most outspoken demonstrators of the events in Baltimore and Ferguson.

However, in the past, he remained in the spotlight for his rumored relationship. So, what really is the case?

DeRay previously said he did not want to hide in the closet. At a GLAAD event in San Francisco, he discussed his gay sexuality.

During the occasion, the activist also fought against the conventional view that a person could be either black or homosexual but not both, claiming that it was normal for someone to be both black and gay, a claim that orthodox thinkers frequently opposed.

While one may imagine that a social worker must be selfless and dedicated to the point of self-sacrifice when the time comes, DeRay is frequently portrayed as a guy who has a connection to Twitter CEO Jack Dorsey and is likely having an affair with him.

The two initially met during the 2014 Ferguson protests, when the activist noticed Jack and uploaded a photo of him on Twitter. His actions drew the CEO's notice, and he began following DeRay on social media.

Because of his close association with DeRay, Jack, with a net worth of $4.6 billion, is regularly accused of encouraging the Black Lives Matter movement on Twitter. In addition, the civil rights leader was chosen as one of 20 beta testers for Periscope, a new software built by Jack's firm. While many people were aware of the pair's acquaintance, a website stated that they were more than simply buddies. However, several sources tagged the two as a romantic couple, which was never really confirmed by the two.

While there was not much evidence supporting the rumors, one thing that caught many eyes was that Breitbart's tech editor is Milo Yiannopoulos, whose account was permanently suspended by Twitter.

It's not revealed if Milo was acting out of sheer anger due to his suspension or whether there was any genuineness to the report.

A theory even suggested a romantic connection between Milo and Jack, but once the Twitter CEO chose DeRay over the editor, Milo got furious and started leaking their secrets.

As none of the rumors and speculations about the activist's alleged romance have been confirmed, it remains a mystery who he is currently dating.

Born in Baltimore, Maryland, DeRay was raised among his siblings by his father and great-grandmother. The activist's bio revealed that both of his parents were drug addicts, and his mother had left when he was 33.

His family home was in a rough neighborhood as there were regular gunfights in the locality.

During his teenage years, DeRay worked for the Chairman of Youth. In 2016, he was appointed by Baltimore public schools as the interim chief of human resources.

The activist, now aged 36, even ran for the position of Mayor in the 2016 election of Baltimore but could only garner 2.6% of the Democratic votes.

DeRay, who previously earned an annual salary of $110,000 as a human-resources official for the Minneapolis public schools, has not revealed his net worth but looking at his successful career as a social activist, he has already reached his career heights.

McKesson received an honorary doctorate in humane letters from his alma mater, Bowdoin College, in May 2021.

He is known to be one of the inspiring people for the youths.

Stay tuned to get more updates on DeRay Mckesson.