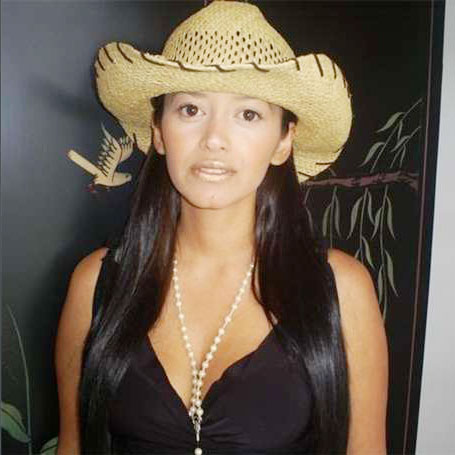 Marriage is hard to work out, especially when you are just in the starting phase of your career. It was the same case for Wayne Brady and his ex-wife Diana Lasso. They both had to go through hard decisions in their life because of their career.

Let’s find out about their relationship.

If you are a fan of comedy, you know who Wayne Brady is. But there are very few people who know he has been married twice. Of course, you might know that he married his longtime good friend Mandie Taketa with whom he has a daughter, Maile Masako Brady. But his first marriage was to Diana Lasso, a Columbian musician born on March 4, 1975. Diana Lasso was hanging out with her friends. (Source: Instagram)

The is no reliable source that gives exact details about how and where Wayne met his wife, Diana. It is said that only people who are truly in love marry each other on New Year’s Eve; being told that, it seems like Wayne and Daina were in love as they got married on December 31, 1993.

Explore: Amanda Brugel Shares Tips on Parenting- Get to Know Her Children

However, their relationship didn’t go as planned. Wayne was 21, and his wife Diana was 18 when they married. Both were in the starting phase of their career. Even though they both were in love, they couldn’t manage their time for each other which ultimately led to their divorce.

Wayne and his wife, Diana, went down the path of separation on September 21, 1995, after being married for two years. Unfortunately, neither of them came forward and cleared why they broke up. Some fans even speculated that the reason for their divorce might be the long battle with Wayne with Clinical Depression.

However, Wayne talked about their divorce after twenty-four years. In an interview with Closer Weekly, he said,

My first wife is a great person, but you should not be getting married when you’re 20 or 21 because you still don’t know yourself. I think the lesson was not to rush into things.

Maybe both of them were having a hard time taking the responsibility of marriage and handling careers.

As of now, both have established their name in their profession.

What Are Wayne Brady And Diana Lasso Doing Now?

We all know that life doesn’t get easier after a divorce, and it wasn’t easier for Diana Lasso as well. But like a strong modern woman, she had a hold of her life.

With a passion for music, she worked hard and eventually got her success, and now she is considered a successful artist at Columbia. Diana shares her excitement about her big billboard. (Source: Twitter)

After her divorce from Wayne, she was in the limelight, which she used to promote her songs. She was seen promoting her music on different radio stations. If we look into Diana’s social media, we don’t see anyone who seems to be her boyfriend or husband. However, looking at her posts, she loves traveling and is interested in photography.

Diana has always been private about her life. She even hasn’t shared details about her family. As a secretive person, her net worth is also well hidden. But, with her success, it seems like her net worth would be in the millions with success.

Learn About: Openly Gay Actor Nicco Annan Talks about His Portrayal In P-Valley

On the other hand, Wayne was again married and divorced. He was also dating TLC’s Rozabda Thomas, mostly known as Chilli, but they broke up for personal reasons. As of now, he doesn’t seem to be dating anyone. But what shocked people is that he has been helping his ex-wife, Mandie Taketa, and her boyfriend raise their child. Wayne and Mandie were co-parenting their daughter and shared a good relationship. Wayne with his daughter and ex-wife, Mandie. (Source: Instagram)

Wayne, with a net worth of $12 million, is happily living with his daughter.