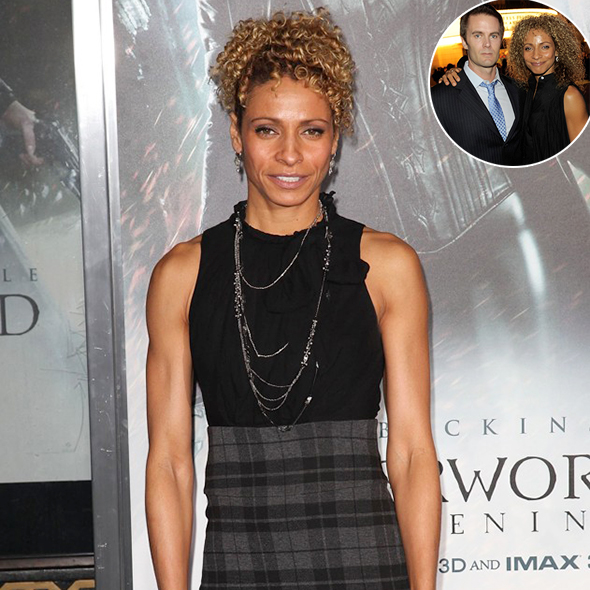 Michelle Hurd, a law and order actress with a young heart, is married to Garret Dillahunt. With no children heard, the couple has been together for an unknown number of years, yet there is no child in sight. Is there a specific cause for this?

Secrecy in the Family!

She is married to Garret Dillahunt of 'Raising Hope' and is very private. Hurd is notorious for keeping her personal life quiet, even keeping the date of her marriage to fellow actor and spouse Garret Dillahunt hidden from the public eye.

There are no rumors about how they met and no information about any children that have been seen or heard from.

Explore: Erika Alexander & Her Husband Ends Their 20 Years Of Marriage

The spouse, on the other hand, is an American actor who has appeared in films such as "12 Years a Slave," "Deadwood," and "No Country for Old Men." 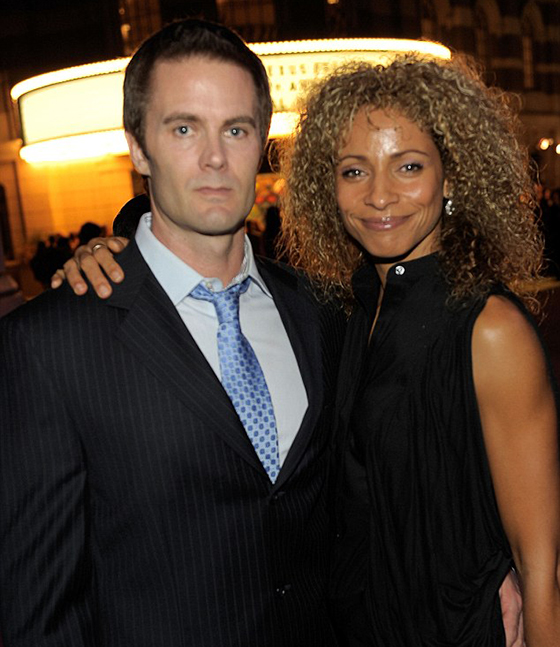 Michelle Hurd was also surrounded by media when she accused Bill Cosby of an attempt to sexual assault. As she allegedly posted a Facebook message that when she was working with the infamous Bill Cosby, a man who in his youth assaulted minors in his show came forward to set another record straight, adding to the already piled up the case, saying;

LOOK, I wasn’t going to say anything, but I can’t believe some of the things i’ve been reading, SO here is MY personal experience:
I did stand-in work on The Cosby show back in the day and YES, Bill Cosby was VERY inappropriate with me. It started innocently, lunch in his dressing room, daily, then onto weird acting exercises were he would move his hands up and down my body, (can’t believe I fell for that) I was instructed to NEVER tell anyone what we did together, (he said other actors would become jealous) and then fortunately, I dodged the ultimate bullet with him when he asked me to come to his house, take a shower so we could blow dry my hair and see what it looked like straightened. At that point my own red flags went off and I told him,
“No, I’ll just come to work tomorrow with my hair straightened”.

Without gasping for air, she continued explaining,

I then started to take notice and found another actress, a stand-in as well, and we started talking….. A LOT …. turns out he was doing the same thing to her, almost by the numbers, BUT, she did go to his house and because I will not name her, and it is her story to tell, all I’ll say is she awoke, after being drugged, vomited, and then Cosby told her there’s a cab waiting for you outside. I have ABSOLUTELY no reason to lie or make up this up! Anyone that knows me, knows that!

Caption: Michelle Hurd, an interview with The LanceScurv Show explaining the terrible things done to her during the set on Nov 22, 2014.

Bill Cosby is being accused of everything from improper conduct and groping to rape by many women in and out of Hollywood after Michelle Hurd accused Bill Cosby of inappropriate touching, according to the wrap.

Find Out: Is The Release Of Bill Cosby Fair? Did Andrea Constand Make A Mistake

When pressed for a reaction on yet another incidence of sexual assault, Bill Cosby, now eighty-four years old, said nothing or made no response to the most recent or most of the allegations. 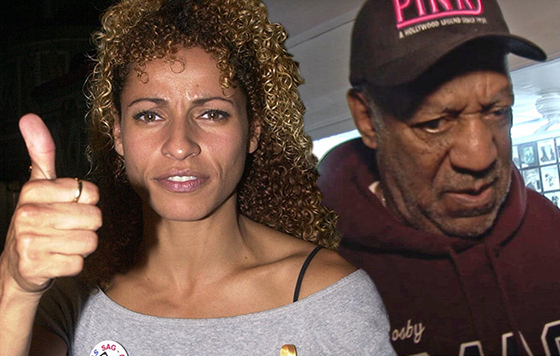 Michelle Hurd is another adding to the case of Bill Cosby on 22 November 2015. (Picture Credit: TMZ.com)

Michelle Hurd was born on December 21, 1966, in New York City. She has been on Broadway and in films such as "Getting Away with Murder." Hurd has received the Robbie Award and the California Theatre Award for Best Supporting Actress in a Drama.

Her ancestry is African American, with Irish, German, and Jamaican ancestors, according to what we know about her. Hurd was also featured as Simone Lewis in the TV series Malcolm & Eddie from 1999 to 2001, and Monique Jefferies in the series "Law & Order: Special Victims Unit" from 1999 to 2001.

Michelle Hurd's pursuit of happiness through fitness and exercise:

Michelle's figure is exceptionally great. The actress is now 50 years old, and her body figures look like it could rival those of a 20-year-old. She credits this achievement to her years of exercise and workout.

In an interview with Sun-sentinel.com, she talked about her workout history and how she pursued her ideal health. The actress spoke about her reason for staying healthy and fit, saying,

Because I have this concept that your body is your temple. You want to go along in life and do all these things and adventures and have a great time, you need to respect your temple. I do everything I can to ensure everything inside and outside is as healthy as possible. I've been an athlete since I was a child. I did track and field for the Police Athletic League, then martial arts — first judo then karate. I've always been athletic. And exercise brings so much calm. I get into a zone. I would probably go crazy if I didn't work out.

She also confessed that her family shares her belief as well. Her little sister is a dancer and a choreographer, while her elder sister teaches combat choreography and acting. She also talked about her father, who was previously involved in boxing.

Learn More: Rob McElhenney Removes His Tattoos? What Were They?

Hurd explained her exercise plan, which involves her working out six days a week for an hour minimum. In addition, she loves spinning, and a large part of calory burning consists of spinning.

Hurd explained that she prefers to build muscles and tries to improve her muscle form and went on to her daily diet, which heavily includes fruits and vegetables and excludes meat. The actress refers to herself as a 'pescatarian.'

Hurd, who believes in her motto 'You can rest when you're dead.' also provided advice to the general population about staying fit, stating,

You gotta make the commitment to your body, to yourself, if you want to walk this world strong and stand up straight. People who are trying to get healthy complain yet they sit on the couch. Get off the couch and do a situp. What you put in your body is what you get out. If you're eating pie, get on that treadmill and stop thinking, "Why am I getting fat?"

Stay tuned to get more updates in the future.