Erika Alexander & Her Husband Ends Their 20 Years Of Marriage 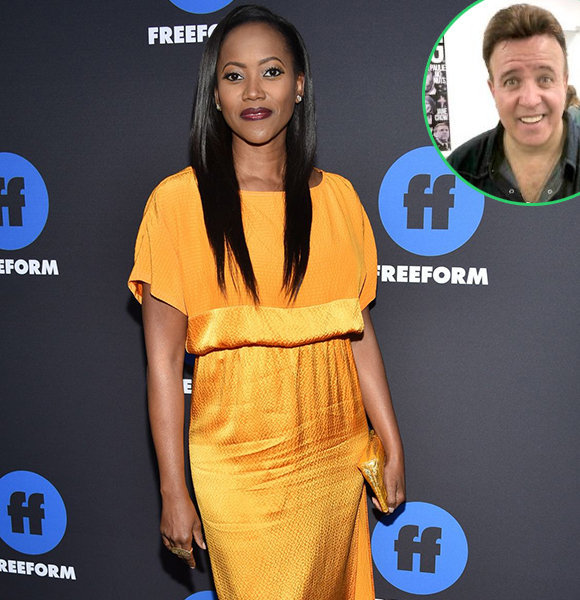 Actress and writer Erika Alexander had a tough childhood growing up. Raised in a low-income family, she tried hard to keep her siblings fed. But as the years passed, her finances came together due to multiple acting jobs.

After finding a loving husband who collaborated and helped with her different projects, her life became even better. However, it seems like her marriage has reached an inevitable end.

What was the reason for their separation? Could Erika be dating someone else now? Let’s find out.

Erika had a successful marriage, getting married to the spouse of her choice.

Erika married the screenwriter Tony Puryear on 27 September 1997 at the age of 28.

Tony is bi-racial, with a black father and a white mother. He has written screenplays for movies and series, including Eraser, Queen of the South, Street Time, The BFF Chronicles, and more. Erika and her husband, Tony, attend an event. (Photo: ILoveOldSchoolMusic)

Erika married her husband in an outdoor wedding ceremony attended by 150 guests. However, their marriage raised curiosity among many due to their mixed-race marriage. Skeptics questioned their alliance and did not expect their marriage to work.

Despite an abundance of lack of conviction, their wedding did not show any signs of it. Instead, the couple had a lavish wedding with their reception at the Malibu’s Stone Manor. Erika's husband was even heard saying that their wedding was a "sexy ceremony."

You May Also Like:- Hallie Meyers-Shyer Is Engaged, Wedding Plans & Husband To Be Details

After getting married, the couple went side-by-side in their personal and professional lives. Together, they even created a comic book called Concrete Park, which was initially released in 2011. However, there were many obstacles and rejections to face before they would finally succeed in publishing their joint project.

Erika has shared how they had to face racism. For example, when they reached out to a studio executive with their idea of a comic book with a black protagonist, the executive dissed their idea claiming it wouldn't work as black people didn't have a vision for the future. “We were very surprised. We were actually shocked by his blatant racism. It wasn’t just that he said that Black people wouldn’t like it. His assumption was that you’re only making it for Black people, so that’s the problem. You have people, they give themselves the tag of White Hollywood liberals, and they can often be some of the most racist people you’ve ever met."

Erika and her husband always faced these types of problems together. However, Erika, who committed two decades of her life being married to Tony, got divorced. Even being together for that long, they did not have any kids.

In an interview with Jezebel, she mentioned Tony as her ex-husband. But she didn’t talk about it more and has not disclosed the reason and date of the divorce.

The African-American beauty is single and has not shown any interest in resuming her dating life. Instead, she has been focusing on her career more than finding someone.

Born as a preacher's daughter in Arizona, Erika and her family migrated around the states before finally settling down in Philadelphia. Her parents were orphans but had six children of their own. Due to their poor economic background, Erika had to abandon her personal goals and take up acting to earn the bread to keep her five siblings fed.

She was first discovered at the Philadelphia's Freedom Theater and is now considered one of the most famous graduates of the theater. She earned her first lead role at the age of 15 in a Merchant-Ivory movie. Erika, age 52, got her big breakthrough as she joined The Cosby Show playing cousin Pam in 1990.

She has also acted in Living Single, Beyond, Get Out, Queen Sugar, and so on. In 2017, she co-wrote Buffy the Vampire spin-off titled Giles. For her acting and screenwriting industry contributions, Erika has been honored with a net worth of $3 million.

With her growing career and friends in the industry, Erika has shared her working experience with the infamous Bill Cosby in an interview with iHeart Radio. She mentioned that Bill was a man nobody had thought of but added that he never tried to make an advance toward her.

Erika has been working hard and can be seen in Wu-Tang: An American Saga as one of the main cast. The audience has been loving her incredible performance.

She has been busy with filming and improving herself. We hope she will separate some time to find someone she can live the rest of her life with.

We will surely update you more on Erika Alexander in the coming days. Till then, stay tuned.