By LRU Writer | On: August 08, 2019
Dreezy summons a net worth of...Boyfriend is a...Parents parted ways when...Born with the real name...Boasts the net worth of...height extends up to... 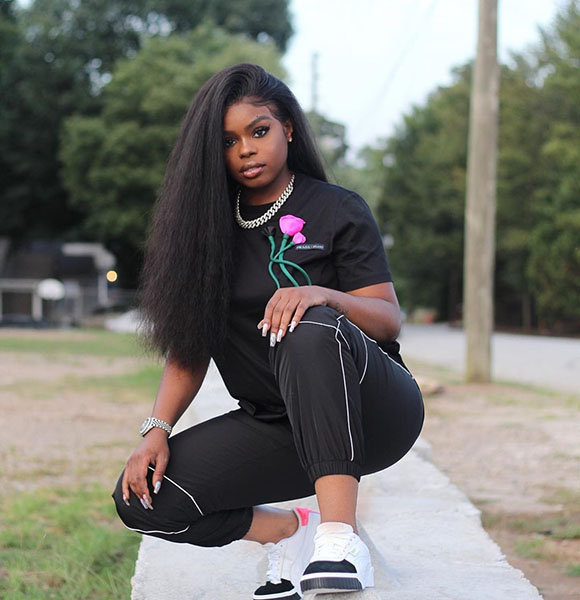 Born with the heart of a rebel, female rap sensation Dreezy got caught stealing from a store as a teenager. Infuriated by her acts, her father grounded her for three entire months. At her disposal was an instrumental CD. As she began writing to the beats, the leisurely indulgence became the foundation of her 2012 first mixtape, The Illustration.

Building on her momentum, Dreezy then dropped a project entitled Business N Pleasure in 2013. With the release of her breakthrough tape Schizo a year later, she skyrocketed to national fame. Also in 2014, her remix of Nick Minaj's Chiraq went viral overnight. It even prompted Trey Songz to bring her to the stage to perform the said song.

With her burgeoning popularity, various record labels pursued Dreezy's signature. In the end, the Body hitmaker opted to sign with Interscope. The imprint's President of Urban Music, Joie Manda, played an instrumental role in her decision.

Releasing her debut No Feelings in 2016, Dreezy charted on the Billboard. A potent mix of lyricism wizardry and profound pop sensibilities, the stated project earned mixed reviews from fans and critics.

The Close To You wordsmith waited three years to drop her sophomore project, Big Dreez. Between her first and second album, she made a handful of guest appearances on songs with Leikeli47, YFN Lucci, Keke Palmer, and Ari Lennox.

Considering her musical success, Dreezy most likely summons a seven-figure sum in net worth. In contrast, her boyfriend Jacquees boasts a reported net worth of $6 million.

For years, Dreezy hid her romance from the public. Circa late-2018, she had a change of hearts. By the time, her relationship with R&B singer Jacquees was public knowledge. In January 2019, the romance gained confirmation as Jacquees shared a photo of the two on Instagram while celebrating Dreezy's album release. Fans of the London crooner were far from happy.

Despite the apparent hate, Dreezy and boyfriend Jacquees' bond stronger with time. The duo appeared side by side as each other's love interest in the latter's music video for the song, Who's. With it, everyone believed that their romance was here to stay.

Dreezy was born on 28 March 1994. A native of Southside of Chicago, Illinois, her real name is Seandrea Sledge. Hailing from a working-class family, she attended the Rich South High School.

Because of her parents' on-going divorce, then-a teenager Dreezy found solace in arts. A trained singer and dancer, she began rapping at the age of 14. Noisey of Vice Magazine once dubbed her "Princess of Chicago Rap."

Now 25 years of age, the Serena rapper stands a little above five feet and three inches (1.60 m) in height.