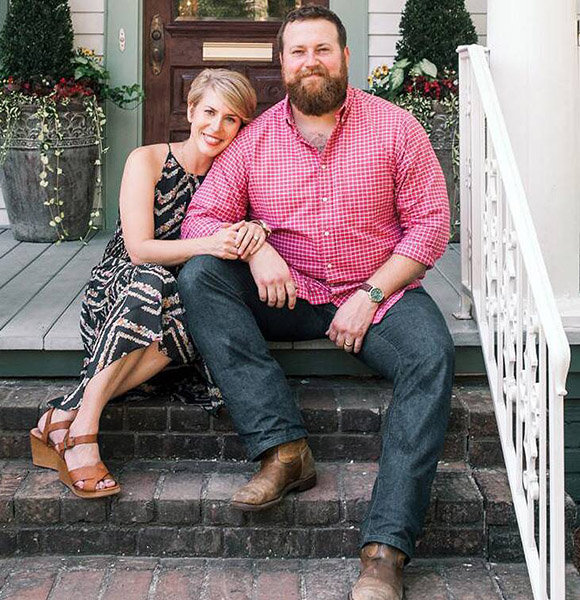 American reality star Erin Napier rose to fame for hosting the HGTV reality series, Home Town. The show gave her the luxury of establishing herself as a TV personality, while not having to move from one city to another in the pursuit.

Home Town, which is shot on the areas of Mississippi, involves home renovation adventures with the help of her co-host/husband, Ben Napier.

In 2017, the pair also made a guest appearance in the Daytime Emmy Award-winning cook, Rachael Ray’s self-titled show.

Erin was born in 1985 (birthday: 30th August) in Mississippi, where she grew up and also ended up filming her show. She comes from a family of white ethnicity. Erin's dad is a doctor in physical therapy while her mother Karen Rasberry is a real state agent by profession.

After finishing high school, the reality star joined the University of Mississippi to receive a Bachelors degree in Graphic Design. It was in the same institution that she ended up meeting the partner of her life and career, Ben Napier.

Interestingly, the romantic chemistry between Erin and Ben took off pretty fast. Erin had a massive crush on the handsome man - whose height is 6 feet and 6 inches (1.9 meters) - before she met him officially at the university in 2007. Both of them started hanging out, and three days later, they spent a beautiful Christmas night together.

After six days, Ben expressed his love for her with tears of joy in both of their eyes. In November 2008, the pair got married and thus began a new chapter of their life.

Then-newly wedded couple started a stationery business together along with a woodworking workshop. The duo's breakthrough came in 2014 after their self renovated home got featured in a popular blog titled Southern Weddings. This exposure led to a significant rise in their fan following on Instagram. The pair's fame even attracted the attention of an HGTV Network's producer, who offered them a show on TV.

Eventually, in 2017, Erin and her husband-starrer Home Town premiered, where viewers could witness the two renovating houses in their home town in Laurel, Mississippi. Due to its success, not only was the show renewed for a second season, but it also helped to shed a positive light on their town.

The Mississippi-born reality star, who ages 34 as of June 2019, is the mother to an adorable three-year-old daughter, Helen. The child is named after Erin's late grandmother. Further, Helen is said to possess identical lips as her father, Ben.

In terms of finance, Erin is doing very well economically. Apart from the TV show, the couple generates profit from their company Laurel Mercantile Co., which sells heirloom wares and durable goods made in the U.S.A. The famous couple also boasts an impressive net worth of about $5 million as of now.