By LRU Writer | On: May 20, 2021
Eriq La Salle has been involved in the entertainment sector for a long time and has shown his talents in many fields. He is mostly known for his movie Coming to America and directing the crime drama series Chicago P.D...Most of his fans are excited to watch him in the sequel Coming 2 America, but Salle declined the offer because of his busy schedule. 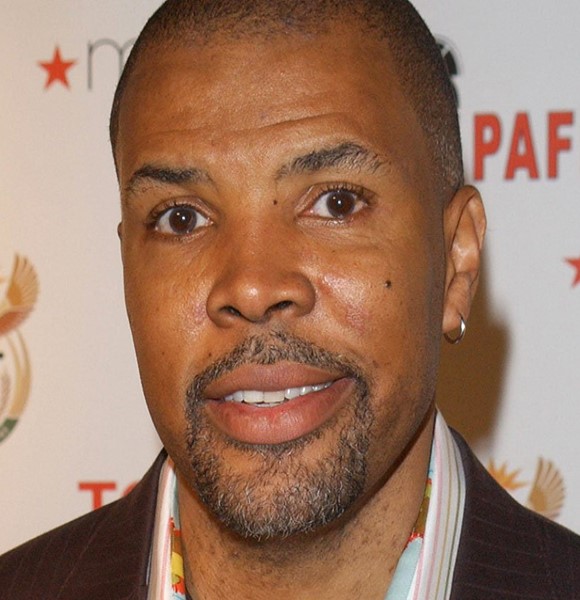 Eriq La Salle has been involved in the entertainment sector for a long time and has shown his talents in many fields. He is mostly known for his movie Coming to America and directing the crime drama series Chicago P.D.

Most of his fans are excited to watch him in the sequel Coming 2 America, but Salle declined the offer because of his busy schedule.

The 1980s loved Coming to America is one of Salle's major projects, and fans were thrilled to watch familiar faces for its sequel. However, Salle decided not to be part of the long-awaited sequel Coming 2 America.

According to several sources, during the 2019 promotional event for Chicago P.D., the Screen Actors Guild Award winner stated that he wouldn't reprise his role in the sequel as his schedule was packed.

Further, while talking to EW, he stated-

"I was so busy on the show, which was my priority...I'm currently averaging four hours of sleep. After I would get home from shooting, I get into my writing, then wake up and write again even on weekends. There just wasn't enough hours in the day to make it happen, so I gratefully declined."

Farewell To Chicago P.D. And New Projects Ahead

Besides, Coming to America, the actor is also known for directing the TV series Chicago P.D. He directed the series from seasons 5 to 8, and as of 2021, he will no longer be part of the series.

During an interview, he recalls the moment and states-

"This is, unfortunately, my last episode, which has been bittersweet, but I won't be too far away. I'll continue to work with the Wolf camp and Universal to direct on Dick's new show... I think we're in good shape, and the show will continue just fine. The person I trained to replace me understands the importance of having balance for good objective storytelling. I'm proud of the stories we got to tell together."

Further in the interview, he reveals that he has great opportunities ahead and is working on them.

"I have a lot of great opportunities right now that I'm working on. I still consider myself an actor, but my passion is writing novels and directing and executive-producing. By being in a position to create and having a voice in the room helps to better shape the perception of those in underserved communities. It's important that we're in those rooms having those important discussions. It's been a pleasure being a voice in the room on Chicago P.D. All of that is more important to me than being in a movie right now as an actor."

A Connecticut native, Eriq was raised by his mother, Ada Haynes, alongside his sister and two brothers. He stands at the height of 6 feet 2 inches.

Salle has appeared in multiple TV shows & movies and has even amassed a considerable fortune from his career. Known for films & series like Logan, ER, Under the Dome, Madam Secretary, The Night Shift, and more, Eriq today possesses a net worth of $25 million.

The actor also credits his massive net worth to his book-writing skills.

Eriq was once a committed man and engaged to a fiancee. The actor and his girlfriend, Angela Johnson, dated for nearly five years before eventually getting engaged on 6 December 1997.

During their time as a couple, Eriq even bought a vacation home. He purchased it with his money but registered it in Angela's name. The home became an issue when the actor and his management consultant fiancee broke up as she claimed half of the house's value. Eriq La Salle and Angela Johnson back while they were dating (Source: Quotesgram)

However, Eriq filed a suit stating that he didn't owe a single penny to Angela, and he used her name only to protect his privacy.

Dating Again After Split:- Gianluca Vacchi Age 51 New Girlfriend After Split With Wife, Who Is She?

While many of the couple's fans wanted the duo to rekindle their romance and get married someday, they never got back together. As of now, Eriq is single without a wife. He has also mentioned no will to get married and has not been linked with any woman post his split from Angela.