Ernie Hudson And His Fear Of Having An Interracial Wife; Shares Four Kids But With Whom? 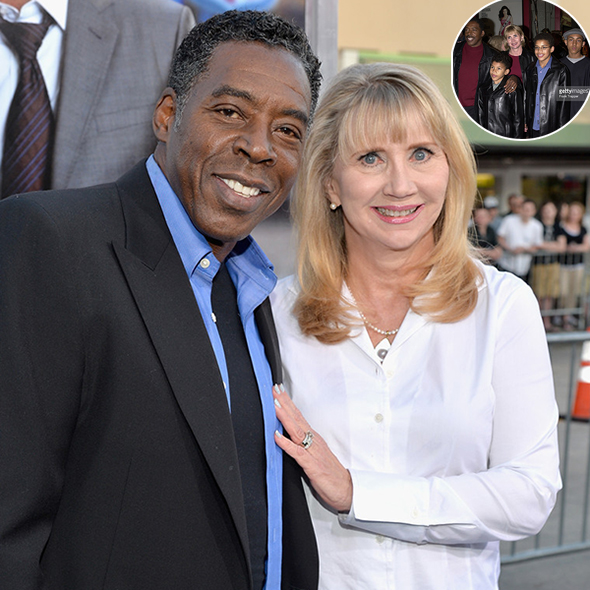 If you love thriller series, you must have watched the enduring cult classic 'Ghostbusters,' and if you have watched it, you are no new to Winston Zeddemore, in real life, known as Ernie Hudson.

The actor who has played in many television and films is twice wedded and has a different opinion about his wife.

Keep scrolling to find out more about his married life.

The heebie-jeebies of Ernie Hudson for second marriage:

Despite his success in the entertainment industry, Ernie Hudson thinks "blacks are usually an afterthought." But unfortunately, it seemed that this understanding was somewhat overshadowed before his second marriage.

Hudson, in an interview, shared his feeling about going back to the memory lane. He said he was disinclined to commit for the second time; on top of that, Linda is white. That scenario made him nervous about their prospects as an interracial couple. With his wife, Linda Kingsberg, Ernie Hudson made an appearance at the Premiere of Columbia Pictures' 22 Jump Street (2014). (Photo Credit: aceshowbiz.com)

That was the chief problem that gave rise to many 'ifs and buts.' Hudson mentioned,

“I knew there would be problems,”

Well! At that point in time, he was right too. Further, Linda said how people were not willing to show them the property, and also, they were giving them suggestions not to have children. Linda divulged,

“And people told us not to have children because the children would be confused,” Ernie Hudson and his family posed together for a photoshoot ( 2015). (Photo Credit: seniorcitylocal.com)

Previously, Hudson was married to Jeannie Moore at a very young age of 18 in 1963.

Soon, his wife got pregnant with his first child, Ernest Jr. From then, he got involved with theater. He also shares another son, Rocky. Ernie's son Ernest Lee Hudson is also into the entertainment industry. Hudson and Ernest have also appeared in' Oz's HBO series (1997-2003). In addition, Ernest has had roles in numerous films, which include 'Our Lips Are Sealed,' 'Corrupt,' and 'Butter.'

Ernie was born in 1945 in Michigan. He never knew about his father and had never met him in his entire life. However, his mother was only there for some time as his mother died of tuberculosis when he was just two months old. After his mother's death, his maternal grandmother, Arrana Donald, raised him.

Learn More About: Amanda Brugel Shares Tips on Parenting- Get to Know Her Children

With all his works in a handful of movies and television, he is still lodged in people's minds and hearts as Ghostbuster Winston Zeddemore in the 80s classic supernatural series in which playing one of four spirit-exterminators who courageously take no evil ghosts and ghouls.

Hudson was also seen in the series Twin Peaks.

Know About: The Love Between Taral Hicks and Her Husband Has Always Been Real!

According to Celebrity Net Worth, his work as an actor in movies and television has contributed to making an impressive net worth of $5 million.

Hudson was confirmed as the co-lead in NBC's Quantum Leap reboot on March 8, 2022.

Hudson still has been working hard to strengthen his acting career.

Stay tuned to get more updates on Ernie Hudson.