Who Is Frank Dillane Dating? More on His Recent Arrest 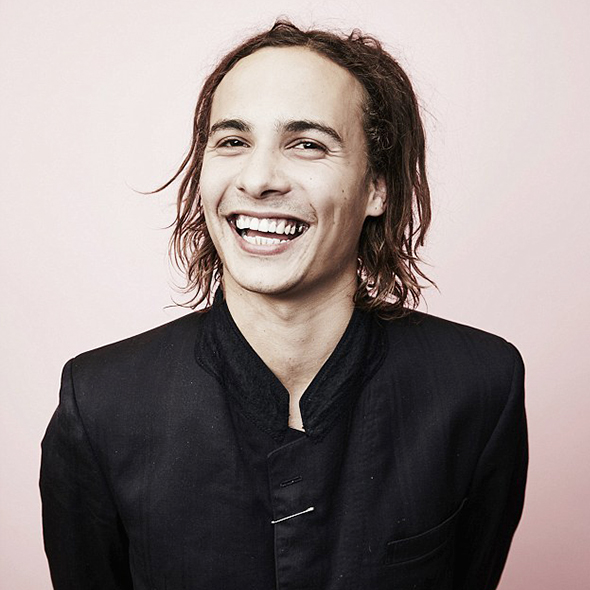 If you have been a crazy fan of 'Harry Potter' movie series and are familiar with the series' characters as the name of your cousins, then you are aware of the role of Tom Riddle portrayed by actor Frank Dillane.

But will you believe us if we tell you that this handsome hunk might be gay? First, let's find out if the actor is dating someone or not.

According to many sources, there were no rumors about him being gay. They further claim that on September 2, 2016, one of his Instagram fans posted a photo of him with a man named Albanian Montana, in which the star gave a quick shot.

Many people began to speculate that he was gay and that the man was his boyfriend. But on the other hand, Frank never addressed the gay allegations and refused to provide any information regarding his sexual orientation.

After that, Frank was never seen with the man again, ending any speculation that he was gay.

We have no way of knowing if Frank is gay or not. However, because he keeps his love life very quiet, there are still gay speculations about him.

In addition, he has never been spotted with a woman who could be his girlfriend, leading to gay speculations.

Regardless, the dating rumors have had little impact on his professional life. However, his arrest created major headlines and may have harmed his career.

According to TMZ, the 'Prince of Blood' actor got straightly arrested after he was caught bragging the security point of CBS  ground without showing the credentials and further got into trouble after a fight with the security guard of CBS in Los Angeles. Frank was said to have struck the guard on duty while trying to access the ground of the CBS studio.

Learn About: Inside Scoop on Lily Travers's Life- Married or Single?

The source, ET online on May 25,  2016, reported Frank's arrest around 8:40 pm by a private person while the actor got detained after 12.15 am, i.e., after he got booked for the battery charge, for a citizen arrest.

The news swarmed the social media and national television, indicating a black mark in the actor's career.

While the LPDA Spokesperson of Los Angeles explained the entire procedure of keeping Frank in prison and how he got arrested. He said,

This means when there is a misdemeanor committed not in law enforcement presence, after police arrive to investigate, a private person can say they want another individual arrested.Police then take that individual into custody and books them for the crime that was committed not in police presence," we're told. "On the flip side, when it's a felony crime, police are able to place someone under an arrest only with information as to what the incident was, they don't have to physically see it.

No information got disclosed by any of his representatives regarding Frank's detention period, but he got bailed from the prison after paying a grand of $20000.

The arrest scandal might have declined the actor's public image, but his fan followers may escalate the scandal and love him for his acting rather than judging him for the personal stuff.

While going through his career graph after his arrest, Frank had been busy with the sequel of the 'Fear the Walking Dead:462' (2016). After the scene, he had undertaken movie projects like 'Arstal' (2016) and 'Viena and the Fantomes' (2017).

If the arrest had harmed his career, he would not be a cast in any movie projects or the series.

Thus, the arrest of the movie star has not harmed his career nor created a black mark in the perception of his fan followers.

However, when talking about the effect on his dating life, Frank has not revealed an ounce about it. But he was rumored to be dating his co-star.

In the daily soap 'Fear the Walking Dead,' actor Frank has portrayed the character of Nick, who is a drug addict. While enrolling in the rehab center, Nick meets Gloria (Lexi Johnson), another drug addict with whom his affair starts to bloom.

As both characters are heavy drug addicts, the chemistry between the characters has been well played, and his fans started to ship him and his co-star, Lexi. But Frank seems to have no intention of dating his on-screen love off the screen. Although the on-screen couple got spotted in numerous events, there isn't a slight hint of them dating each other, and while rummaging about his dating history, he is reported to be possibly single.

Frank has always presented himself as a single man in the media. However, in his interview, he only speaks about his character and experience while making the series 'Fear the Walking Dead: Spine.'

Whenever asked about his love life, he prefers not to answer. Of course, there is a possibility the actor is secretly seeing someone on or off the entertainment industry, but it may be due to constant buzz feed; Frank has not bothered to disclose it.

We hope that Frank will reveal his partner to the media in the future. Until then, stay tuned to get more updates on Frank Dillane.