By LRU Writer | On: November 24, 2019
French Montana is a Moroccan-American rapper, who is best known for...also the founder of...was once married to...relationship was shortlived and the couple separated...After his split...started dating Khloe Kardashian in 2014...was born in...started a new life in the big apple...found himself as the primary breadwinner for the family...stands at the height of... 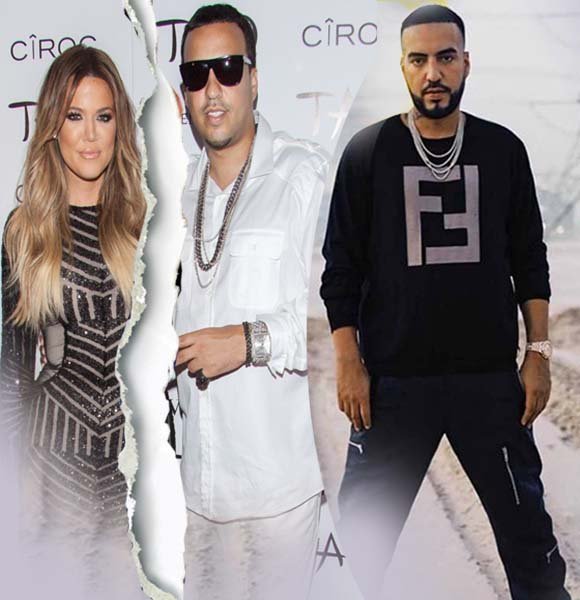 French Montana is a Moroccan-American rapper, who is best known for hits like Unforgettable, Welcome to the Party, Wiggle It, and Famous, to name a few.

Apart from that, he is also the founder of a music record company- Cocaine City Records.

During his career, French Montana has won two BET Hip Hop Awards- one for Pop That in 2013 and another for in All the Way Up in 2016.

Who is French Montana' Girlfriend?/ Wife

Considering the rapper's growing fame, the curiosities regarding his dating affairs and relationships do not come as a surprise.

However, despite having a fair share of romance in his life in the past, French Montana does seem to be single as of now. Interestingly, the rapper who has often made headlines with his romantic escapades in the past has not been linked with anyone for quite some time.

Although the rapper is a bachelor as of now, he was once married to Deen Kharbouch from 2007 - 2014. The couple had a son together- Kruz Kharbouch on 11th July 2009. But, the relationship was shortlived, and the couple separated in 2012 and eventually settled their divorce in 2014.

Despite the failure of his marriage, French is a very doting father to his ten years old son, Kruz. After his split from ex-wife, the rapper started dating Khloe Kardashian in 2014, who was in the middle of her divorce from her then-husband Lamar Odom. But French and Khloe parted ways after dating for a few months.

Following his split with Khloe, French was linked with models Amber Rose, Candice Brooks, Alexis Skyy, and actress Sanaa Lathan. Further, in 2016, he also created quite a stir with his relationship with Fancy hitmaker Iggy Azalea. However, that relationship also ended after a few months.

Most recently, the rapper was in a relationship with American TV personality Evelyn Lozada from November 2017 to March 2018.

French Montana, who was born in Rabat, Morocco, left his hometown with his parents and younger brother- Zack Kharbouch, for New York City in 1996, where they settled in the South Bronx.

The Kharbouch family started a new life in the big apple, but shortly after, the family's patriarch- French's father left the family and moved back to Morocco. After that, the family's responsibility came down to his mother- who was pregnant at that time, and the family had to go through many hardships.

They were entirely dependent on welfare for financial support. Between all that, French Montana found himself as the primary breadwinner for the family.

As of now, French is more than capable of providing for his family. Further, he is an absolute family guy who shares a very close bond with his family. Moreover, he has also reconciled his relationship with his father.

French Montana was born as Karim Kharbouch on 9th November 1984.

Speaking of his physical attributes, the rapper stands at the height of 6 feet 1 inch (185.4 cm) with an amazing physique. Further, he is a huge workout enthusiast, who initially began his career by making street DVDs of his work out videos.

You May Be Interested:- ASAP Rocky Girlfriend, Gay, Facts

Before making it big as a rapper with an estimated net worth of $8 million, Karim (aka French Montana) ran his street DVDs business for a total period of eight years.