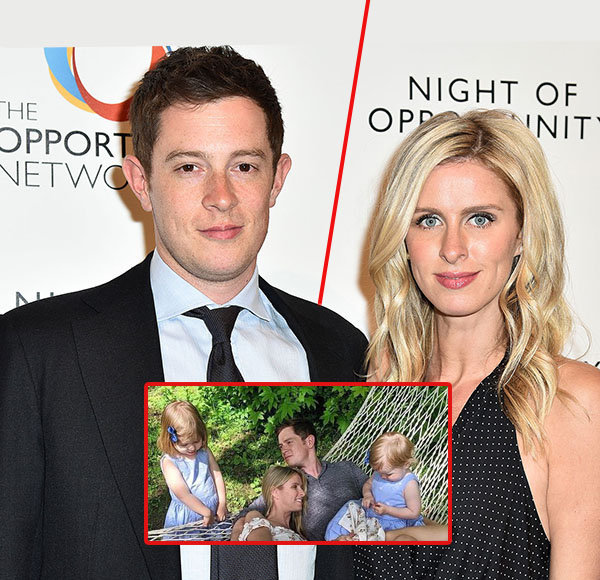 James has been married to Nicky Hilton since 2015. The couple has two daughters: Lily Grace Victoria Rothschild and Teddy Marilyn Rothschild. The couple first met at the wedding of the Petra Ecclestone and James Stunt in Rome in the year 2011. Then, they started dating.

In August 2014, James proposed to Nicky with a large diamond Asscher cut ring on a vacation in Europe; he popped the question at a romantic boat ride in Lake Como, Italy.

Further, after a year, they tied the knot on 10 July 2015 at The Kensington Palace Orangery in London, England. The wedding ceremony lasted for about three days. The bride wore an ivory custom Valentino couture gown embellished with crystals and a lace-edged cathedral length veil while the groom opted for a tuxedo while they exchanged their wedding vows.

Also, the maid of honor was Paris Hilton. And the other celebrities to present at the wedding were Chelsea Clinton, Pavlos and Marie Chantal of Greece, Kyle Richards, Naomi Campbell, Petra Ecclestone, and Vera Wang.

James' wife Nicky is a socialite, hotel heiress, and celebutante. She also has her designer-fashion lines. Her net worth amounts to $40 million, according to Celebrity Net Worth.

The designer was born on 5 October 1983 in New York City. Her parents are Rick Hilton and Kathy Hilton. And she has three siblings: Paris Hilton (older sister), Barron Hilton (Younger brother), and Conrad Hilton (younger brother).

James' family banking firm is one of the biggest names in banking in Europe. They have created a name for themselves in Frankfurt, London, Paris, Vienna, and Naples. The banking group was founded nearly two centuries ago.

Besides, his family has a combined net worth of around $400 billion, according to Celebrity Net Worth.