By LRU Writer | On: April 26, 2019
Jennifer Freeman won the world’s heart when she starred in My Wife and Kids as Claire. Since starring in the 2001 hit show as a child star, the American actress came a long way in her life. Let’s dive into her personal relationships! Jennifer’s Daughter...Love Affair...Jennifer’s Net Worth...Jennifer’s Age And Height... 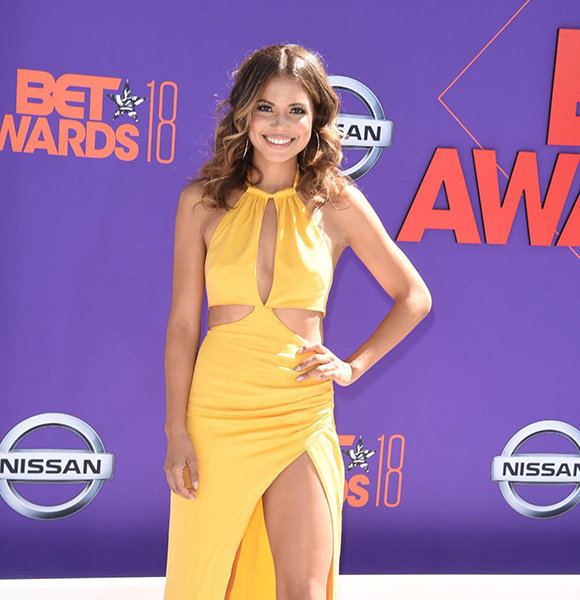 Jennifer Freeman won the world’s heart when she starred in My Wife and Kids as Claire. Since starring in the 2001 hit show as a child star, the American actress has come a long way in her life. Guess who's following Jennifer's footsteps! Her daughter, Isabella.

Let’s also dive into her intimate relationships, be it with her ex-husband or God!

The former child star gave birth to a daughter named Isabella Amour Watson on 16 October 2009. A young mother at the age of 23, she bought up her little doll well. Like her mother, Isabella too has starred as a child actress. Isabella was a part of BET’s film, Throwback Holiday in 2018. Jennifer gushed about her daughter’s onscreen debut via her Instagram handle.

Jennifer made headlines with her romance with then-NBA player Earl Watson in 2009. The young couple were much in love and painted the town red with their relationship. Things moved quickly between the pair as Jennifer got pregnant with her boyfriend’s baby.

Although the couple intended to get married someday, the impending arrival of a baby in their family sped up the process of marriage. Thus, Jennifer, in her first trimester of pregnancy, tied the knot with Earl in front of friends and family on 17th May 2009. But the whirlwind fairytale took an ugly turn when in 2010 Jennifer's husband filed for a divorce, citing domestic dispute allegations and a conflict concerning child support. According to Earl, his wife became physically abusive when he received a text at 11 pm. Well, the estranged couple went back and forth with their messy divorce until it was legally granted in 2015.

Although the marriage was over for good, it took a toll on Jennifer’s mental health. She suffered from massive depression and had to take time off from the spotlight to focus on herself. It was dark times in her life, but she kept on fighting the battle and won at life every day with little steps.

In 2017, she revealed she had been celibate for six years and found peace in the presence of God.

Besides her breakout role in My Wife and Kids, Jennifer starred in several hit shows like 7th Heaven, The OC, All That, Lizzie McGuire and Even Stevens to name a few.

Jennifer added another feather to her cap when she became a spokesperson for Neutrogena and began campaigning for young fresh faces. She also starred in music videos of Girlfriend and What a Girl Wants.

No wonder, she boasts a decent net worth of $500 thousand due to her professional stints.