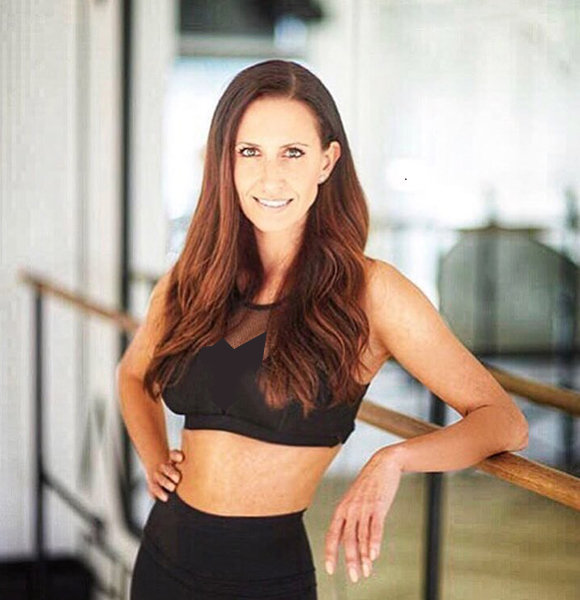 Before her career in TV, Jell traveled extensively for four years as Canadian Football League's cheerleader. As a university student, she had earned a scholarship to the Faculty of Dance.

Beyond an exceptional career, Jill enjoys a blissful married life. Her better half is Kevin Kutschinski, who serves as the CEO/President of Calgary-based Foundation Automotive Corp.

There lacks a proper timeline to outline the lovebirds' dating history. That said, they probably got engaged somewhere between September 2015 and the winter of 2018. For their honeymoon, Jill and Kevin traveled to Greece. They chronicled the entire trip on their Instagram.

Jill was born in 1979 in Alberta, Canada. An Aquarius by birth sign, she celebrates her birthday on 25th January every year. American songstress Alicia Keys and Spanish actress Christina Ochoa share birthdays with her.

On 25th January 2019, the former CKAL-TV personality touched 40 years of age. She took to Instagram to commemorate the milestone.

Raised in Calgary, Canada, Jill hails a family of four. She and her sister Jana grew up under the guardianship of their loving parents. Going by her Instagram posts, the Belland siblings seem to possess the utmost respect for their mom and dad.

As a kid, Jill developed an interest in music and studied classical piano. A trained singer, she also took to dancing. Her stint at the University of Calgary centralized on media studies.

After college, the gorgeous brunette served as Calgary Stampeders Outriders' cheerleader. Changing her career path, she then joined MTV Select (housed by CityTV) as its entertainment reporter. Working for CityTV, she hosted and produced two shows before leaving the network in 2008.

From 2008 to 2018, Jill - who stands little above five feet and five inches (1.65 m) in height - worked as an on-location host for Breakfast Television. Together with friend Kristi Stuart, she launched curated exercise course called The Belle Bod in 2017.

When not busy mounting her ever-so-growing net worth, Jill engages in charitable works. Her contribution to Kids Cancer Care Foundation, Inn from the Cold, Safe Haven Foundation, and the Calgary Interfaith Food Bank is palpable.