Kathryn Morris And Her Partner Have Twin Sons! What Are They Doing Now? 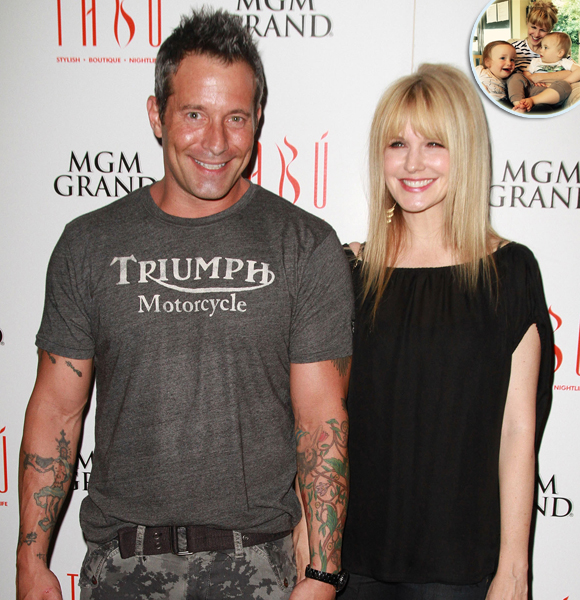 Kathryn was once called the wife of the Cold Case star, Johnny Messner. Even though it is not sure if the couple had got married or not, they did share a bond like a husband and a wife.

But Kathryn was dating her boyfriend, Johnny Messner, from February 2010, until 2020. There is not much information about their break-up, but Johnny is currently dating a girl name, Grace.

However, Kathryn and her ex-boyfriend, Johnny, are blessed with twins sons. Kathryn with her twin sons and boyfriend. (Source: People)

Kathryn and G.I. Joe: Renegades actor Johnny announced they were expecting twin sons in April after three years into their relationship.

On August 21, 2013, a few months after the announcement, the couple welcomed their boys, Jameson West and Rocco McQueen, and expressed their happiness to the People.

“The love we feel is overwhelming … a love we never knew existed. We are truly blessed."

They confirmed their boys were in good health and gushed:

“We’ve been blessed with 14 lbs. of love from above with these angels. Healthy sweet boys!”

The twins seem healthy now as well, as they eat up a turkey leg each. The father-of-two also shared a beautiful moment of the twins with their mother on May 11. Everything was going smoothly until a bombshell fell upon Kathryn's family. Kathryn learned that her kids were autistic. According to Today, her sons were diagnosed with an autism spectrum disorder at the age of three.

It was really difficult for her, but she admitted that she had resources and was capable of undergoing treatment. However, she discovered a secret world of sick children and bankrupted families while on her autistic journey.

She learned a lot about autism and the family's inability to pay for the baby's treatment. This prompted the founding of The Savants, a non-profit organization and website dedicated to supporting children with autism.

Although the organization is not well-known, it has significantly impacted many people's lives. Kathryn's small contribution to society has had a huge impact.

The American actress Kathryn was born in Cincinnati, Ohio, on January 28, 1969.

Kathryn was previously engaged to financial adviser Randy Hamilton from 2002 to 2004, while they had been in a relationship since 2001. The reason for separation from her ex-fiancee remains under the wraps, as Kathryn hasn't unveiled any related matters regarding her past relationship.

She is an Aquarius woman who made her acting debut through a minor role in a 1991 telemovie, Long Road Home.

Furthermore, she had a recurring role on the TV show Xena: Warrior Princess, but she mostly gets acclaimed for her lead role in CBS's Cold Case as Detective Lilly Rush. She was last seen in the NBC series Reverie.

Find Out: Darryl Stephens on Raising a Child Alongside His Partner

She sure has accumulated a decent net worth for all the time and work she has vested in the acting industry; however, she has yet to reveal it in exact figures.

As of now, she has been living a happy life with her kids and helping families with the treatment of their children.

Stay tuned to get more updates on Kathryn Morris.