Kedakai Turner's Husband Tragedy & All On Their Relationship 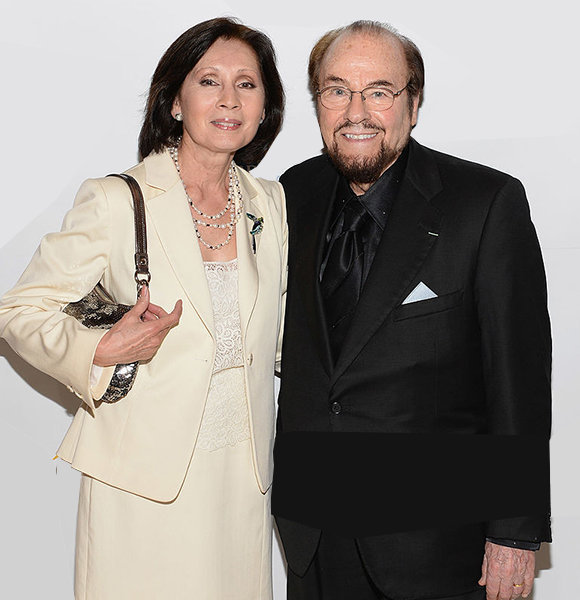 Kedakai Turner is a former model and a real estate executive. She has appeared several times in the TV show, Inside the Actors Studio (1994-2019), which was created and hosted by her husband, James Lipton.

The celebrated host passed away on 2 March 2020, aged 93. Kedakai confirmed the news to TMZ that her husband James passed away peacefully on Monday morning at his New York City home because of bladder cancer.

“There are so many James Lipton stories but I’m sure he would like to be remembered as someone who loved what he did and had tremendous respect for all the people he worked with.”

How They Met, Marriage

The two first met in early 1970. James opened up about how they got together in an interview with Parade in May 2013:

“We met at the ballet. I took one look at her and I fell madly in love. I called her the next day and asked her to have dinner with me. Nine months later we were married.”

In the same interview, when asked about what his greatest achievement was, he answered,

“No question about it - marrying Kedakai.” The beautiful couple tied the knot on 7 November 1970 and spent almost half a century together until his death.

Louis James Lipton was born on 19 September 1926 in Detroit, Michigan. His mother, Betty Weinberg, was a teacher and a librarian while his father Lawrence Lipton (originally Israel Lipschitz) was a writer and beatnik poet. They divorced when James was still young.

Initially, James planned on becoming a lawyer but later decided to focus entirely on acting. He studied directly under Stella Adler, a writer and actress.

In 1951, he performed in the play The Autumn Garden on Broadway. A year later, he joined the cast of Guiding Light as an actor and scriptwriter. Eventually, he became the head writer for Guiding Light, Another World (1964), The Best of Everything (1970), Return to Peyton Place (1972), and Capitol (1982).

The Inside the Actors Studio host was also an accomplished author who penned multiple books. The most known among them are An Exaltation of Larks (1968) and Inside Inside (2007).

Kedakai Turner was the inspiration for 'Miss Scarlet' on the Board Game Clue.

She worked together with her husband on multiple occasions and was the illustrator and designer for his book An Exaltation of Larks.

Her husband James was formerly the dean of Actors Studio Drama School of New York School University for ten years and later held the title of Dean Emeritus.

TV Show Host:- Craig Ferguson Net Worth: How Rich Is He?

According to celebritynetworth.com, James Lipton was worth $6 million.

Stay with us for more updates about Kedakai and her upcoming endeavors.