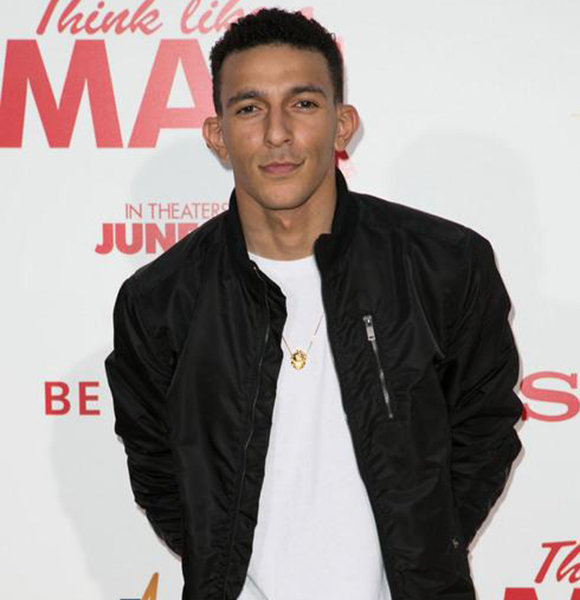 Actor Khleo Thomas is best known for portraying the role of 'Zero' in the 2003's movie Holes. The then 14-year-old Khleo performed the iconic role beautifully and has created a superb acting resume ever since.

The 33-years-old star has all the support from his supportive parents and siblings. Khloe's family has played a significant role behind the camera in taking his success to a new height.

On top of it, Khleo's mother knew from the first that he was destined to be in front of the camera world.

Well, for those who want to be familiar with the success story of the actor and his supportive parents and family, you have dropped in the right place!

Khleo Thomas's Proud Family; Mother Knew "He would Be A Star."

Born to an African-American army father and Moroccan Jewish mother, the Alaska native grew up as the second son in a culturally diverse family. In his family, he has three siblings: two brothers named Khadeem and Khameel and a sister named Khaleel.

From their childhood, Khleo and his siblings were exposed to Islam and Judaism by their mother, who is fluent in five different languages, and Christianity by their father.

As a result, Khleo seems very close to his siblings, and their closeness is reflected in his social media activities.

"Congrats to the baby brother! He Graduated!" Similarly, aside from the brother-sister intimacy, he sure is close to her mother. Khleo's mother knew he would be in front of the camera one day. He shared a tweet video on 19 June 2017, where he disclosed that his mother knew he would end up on a big screen.

And his mom says she "certainly did." In the video, she showed the childhood picture of Khleo when he was two years old and described his passion and pose in front of the camera. She further disclosed:

"He loves the camera. So I know he needed to be in front of the camera"

Well, his mother's prediction came true for sure, for he is entertaining the big screen now.

Similarly, aside from the video with his mother, Khleo is sure to have ganged up with his siblings. He shared the picture of the four siblings of Thomas' family on Instagram in March 2018, captioning it, "Gang." Khleo Thomas with his sibling in 2018 (Photo: Khleo Thomas' Instagram)

Also, the Roll Bounce star, Khleo Thomas, was originally named Khaleed Leon Thomas, but the young actor shortened the name, combining the first and middle names when he started acting in commercials at the tender age of 6.

The actor-rapper Khleo Thomas loves to talk about dating life and girlfriend on social media.

Though he does not seem to have a girlfriend to flaunt around, he is training his followers on how to cheat on a girlfriend without being caught.

He shared a YouTube video on Twitter titled, 'How To Cheat On Your Girlfriend And Not Get Caught.' In the video, he says that anybody could get cheated on. But if you want to cheat, it should be done without being caught.

Learn About: Chase Stokes Is a Great Big Brother to His Siblings

Similarly, following the video, he posted another video on his Twitter account, which said, "When you start dating an Asian girl.."

The dashing actor might have wrapped his dating life from the public. But he might be single as well. We cannot assume anything until he spills the tea on his dating relationship.

Khleo has much more in his pocket to increase his net worth by securing the safe zone in his acting career.

Khleo is not always engaged in the entertainment business, but his fans always look forward to getting updated with him. In 2018, he started his lane, including podcasts for his new startup business.

He has started his apparel business, including the "SLICK" printed caps, t-shirts, bags, and hoodies. Also, the clothing business includes face masks, stainless Steel cups, Lighters, leggings, sports bras, and many other brands.

According to Celebrity Net Worth, with his side business followed by his artistic career in the entertainment world, Khloe owns a net worth of $500 thousand at the age of 33.

He will soon be seen in Boogie Town in a supporting role.

Stay tuned to get more updates on Khleo Thomas.