By LRU Writer | On: August 10, 2019
Kyle Dunnigan is most famous for...information regarding his family and dating life...was previously linked to the gorgeous...went on to date...his dating life raises the question about his gay sexuality... 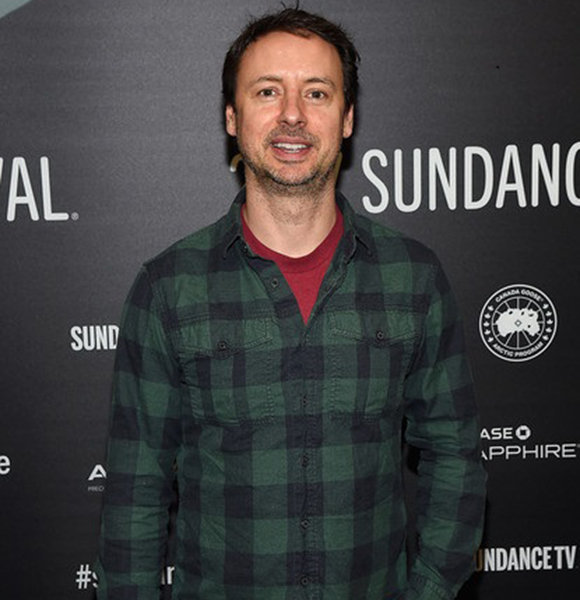 American comedian Kyle Dunnigan is most famous for his role as Craig Pullin on Comedy Central's Reno 911!. A co-host on the podcast Professor Blastoff, he has also written and acted on the comedic sketch Inside Amy Schumer.

While Kyle might not be the most renowned celebrity out there, he has made appearances in TV shows like The Jim Bruer Show, Late Night with Conan O'Brien, Jimmy Kimmel Live!, The Late Late Show with Craig Ferguson, Comedy Central Presents, and Late Night with Seth Meyers.

Apart from his work as an actor, comedian, and writer, Kyle is also a YouTuber with more than 70K subscribers.

Kyle Dunnigan was previously linked to the gorgeous comedian, Sarah Silverman. The couple was all lovey-dovey in 2011. Seen enjoying their lunch on a beautiful afternoon in Beverly Hills, both Kyle and Sarah were quite open about the relationship.

Often spotted cuddling each other, the pair was considered to be going places. However, the relationship with girlfriend Sarah didn't last long. After dating for only a few years, the couple failed to advance further in their romance and called it over in December 2013. While the actress went on to date famous actor Michael Sheen, which grabbed the attention of news outlet everywhere, Kyle made no such moves. He just disappeared from the dating scenario altogether.

Lacking any news, evidence, and social media appearance of a girlfriend, Kyle can be assumed to have remained single since his split with Sarah.

During the 2019 Valentine's day - when many people were sharing pictures and words of their loved ones - Kyle posted a hilarious semi-composed song on Twitter, which depicted his single status altogether.

Over the past few years, he has either maintained a crucial low dating life or remained single entirely. Whatever the case, Kyle has never been seen with a supposed girlfriend or a wife.

While a significant gap in his dating life certainly raises the question of his sexuality, the high chances are he is not gay.

Though the comedian himself has yet to reveal the nature of his sexual bearings, a significant rise in the issue might be because of one of his most famous song, Irish and Gay.

Kyle's song was meant to be a comic relief during one of his stand-up performances. However, the possibility exists that others might have misinterpreted the song.

Born on 25 May 1971, Kyle is an American by nationality. He is close to his mother Judith, whom he fondly shares in his comedic moments now and then. The comedian's father, on the other hand, remains nameless to date.

Though the information regarding his family and dating life is not much publicized, an accurate estimation of his earnings are all over the internet.

On The Topic Of Earning:-Michelle Wie Secretly Announced Boyfriend, No One Noticed; Earnings, Net Worth & More

While Kyle Dunnigan - age 48 - is yet to reach his peak height as a comedian, he has gained a fair share of fame and fortune through his career.

Kyle reportedly holds a net worth of $2 million. Adding to his pool of wealth are his entertainment-filled YouTube account, which earns a sum up to $14K per year, and an upcoming tour set to begin on 11 September 2019.