By LRU Writer | On: September 29, 2019
Michael Sheen is a bonafide Hollywood star... The Welsh actor gets best recognized for his appearances on films such as The Queen, Frost/Nixon, and The Special Relationship... A hit among the Hollywood's leading ladies, Michael's romantic pursuits are just as impressive -- if not, more... 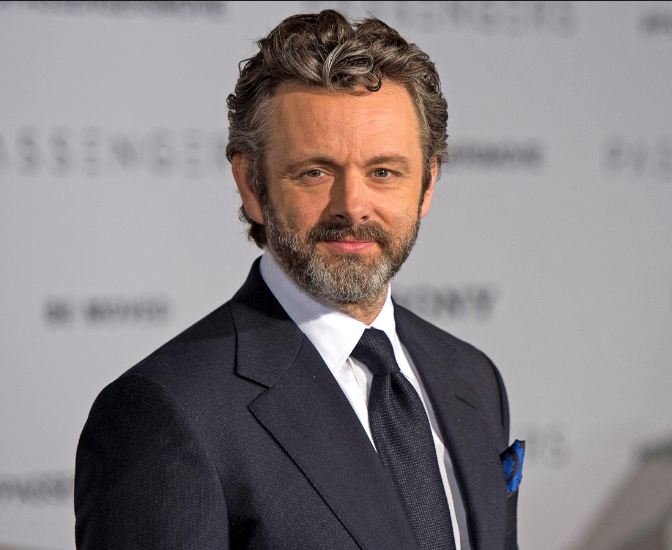 Michael Sheen is a bonafide Hollywood star. His movies and TV shows rack millions in viewership while pocketing billions in revenues.

The Welsh actor gets best recognized for his appearances in films such as The Queen, Frost/Nixon, and The Special Relationship. Beyond the big screen, he lent his acting skills in TV; Masters of Sex is one of them.

A hit among the Hollywood's leading ladies, Michael's romantic pursuits are just as impressive - if not, more!

By the year 1995, Michael was already exhibiting signs of a real Hollywood star. His dating life reflected the same.

Starting with English actress Kate Beckinsale, The Deal actor began his long and tedious - yet unsuccessful - attempt at finding the perfect life partner. He and his ex-girlfriend dated for almost eight years between 1995 and 2003 and even shared a daughter named Lily Mo.

After Kate, Michael began dating British ballet dancer Lorraine Stewart for six years, before their split in 2010. Between 2010 and 2013, he was in romantic ties with Midnight in Paris co-star, Rachel McAdams.

Following his breakup with Rachel, he dated his Masters of Sex co-star, Caitlin FitzGerald and then American TV personality Carrie Keagan. Neither of those relationships lasted for more than a year.

His next courtship with stand-up comedian Sarah Silverman, however, was a long-winded affair. Michael and his ex-girlfriend Sarah were in an on-and-off romance for three years from 2014 to 2017. Despite living together, the former lovebirds never got married. Distance attributed their split. The Romeo and Juliet star took a year off from dating after ending things with Sarah, before igniting a romance with Irish actress and comedian Aisling Bea. The duo appeared as a red carpet debut couple at the 2018 Olivier Awards. They had remained friends for four years, before giving their relationship a real shot.

Following his split from Aisling in early-2019, Michael began seeing Anna Lundberg. Despite the 25 years age gap, the duo hit it off from the get-go.

The public first got wind of the lovebirds' romance after attending the red carpet premiere of Good Omens in late-May 2019. A month later, paparazzi also caught a glimpse of the Brit actor and his girlfriend Anna at a charity event in New York.

Anna is a Swedish born actress. An alumnus of American Academy of Dramatic Arts in New York, she boasts acting credits in plays including Gloria, Star-Spangled, Spring Awakening and The Richard Project.

In mid-July 2019, the Good Omens star revealed that he and his partner Anna were expecting a baby. Sharing the news via Twitter, he exclaimed:-

"Very happy to let everyone know that my partner Anna and I are expecting a little angel of our own. (Just to be clear - we’re having a baby!)"

No sooner had the news hit the interweb, fans and industry friends alike send well wishes to the expecting duo. With the development, Michael was set to become a father for the second time. As stated above, he already fathers a daughter named Lily Mo.

In September 2019, sources revealed that Michael Sheen and Anna Lundberg had welcomed their first baby as a couple.

Though the pair did not announce the gender of their baby after the birth, Daily Mail reported that the two are cherishing life with a baby girl into the world. Previously, his girlfriend Anna gave updates about the pregnancy through her Instagram handle. She showed her baby bump growing larger and larger until she was ready to pop. Though the exact due date is unknown, both Michael and Anna are happy to be parents to a beautiful child in 2019. Michael took the celebration to Twitter, tweeting about his bundle of joy he exclaimed:

“Nobody,not even the rain,has such small hands – e e cummings.”

However, the couple has not revealed much about the baby. The child's due date, gender, name all still remain to be announced by the proud parents. Given time, the information is soon to surface.

Among the few to have seen the child themselves Michaels father Meyrick Sheen who has seen photographs is absolutely delighted to welcome another grandchild.

While Michael's dating list is commendable, his lack of success in landing a wife sticks out like a sore thumb. And more importantly, it has given rise to gay allegations.

Michael, for his part, refuses to entertain the gay rumors by commenting on it. Perhaps, deep down, he believes that he can turn one of his girlfriends into a wife - a life partner.

Born in 1969, Michael Sheen - now age 50 - inherited love for acting from his parents. His father Meyrick Sheen and mother Irene Thomas were both actors.

As a kid, the Newport, Wales-native of Caucasian ethnicity had aspirations to become a professional soccer player. But, after completing high school education from Glan Afan Comprehensive School, he joined the prestigious Neath Port Talbot College to study Drama, English, and Sociology.

Standing five feet and ten inches in height (1.78 m) and 72 kilograms in weight, Michael may not fit the industry's definition of a bonafide star. A closer look at his acting catalog, however, tells a different story.