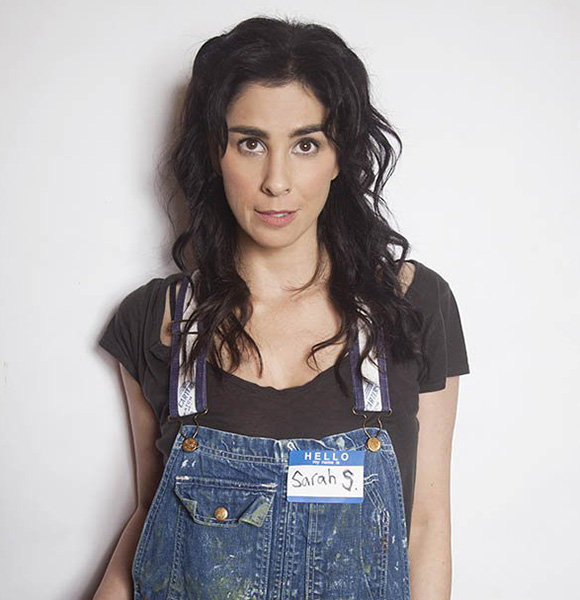 When ace American comedians' names are mentioned, Sarah Silverman’s name comes right on top. The two-time Emmy award winner’s talents don’t end at comedy; she is an actress, creator, writer, executive producer, comedian, and author all combined in one.

Well, she is one gifted lady. Her comedic memoir, The Bedwetter: Stories of Courage, Redemption, and Pee managed to enter the list of New York Times Best Seller in 2010.

The comedian has dated quite a few famous celebs from Hollywood.

When Sarah started dating fellow comedian Jimmy Kimmel in 2002, they were termed as the "it” couple of comedy scene. Fans were wholly invested in their relationship. Unfortunately, the couple broke up in 2009 after dating on and off for seven long years.

However, the pair remain friends to date, and Sarah has even visited her ex-boyfriend’s show, Jimmy Kimmel Live, a few times.

Post her bittersweet relationship, the I Smile Back actress started dating Alec Sulkin. She dated the Family Guy writer from January 2010 until their break up on 23rd October of the same year.

Sarah didn’t give up on love and continued to remain active in the dating scene. She began a relationship with comedian, Dave Attell. Unfortunately, the relationship didn’t last long, either.

Fast forward to 2011; she started dating actor Kyle Dunnigan. However, the relationship also ended in a breakup. The couple split in December 2013. She was quite open about her relationship with the Brit actor and fans also loved the good looking couple. They even rooted for them to get married. However, the pair broke up after nearly four years of dating in 2018.

Michael Moves On:- Michael Sheen, Dating New Girlfriend After Split With Ex! Back In The Rack

Well, she announced the breakup in quite an entertaining way in February 2018. Sarah took to Twitter and explained that long-distance made their relationship hard and jokingly told people to stop asking about their significant other to the exes.

Sarah grew up with two sisters, namely Susan and Laura by her side. She also had a bonus step-sister Jodyne L. Speyer from her father’s second marriage.

The Saturday Night Live alum’s parents divorced when she was just six years of age. However, her father lived nearby and took good care of the Silverman sisters.

Besides, her biological siblings, Sarah developed a deep relationship with Louis C.K. She considered him as her brother, and the pair were close. However, all hell broke loose when news about Louis’s alleged sexual misconduct broke out in 2018.

Things became more complicated as one of the victims of the misconduct was Sarah’s sister Laura. According to her and four other women, Loius ma*turbated in front of them. Sarah spoke at length to GQ about her relationship with the controversial comedian post the scandal in 2018. She said that they shared a complicated relationship and echoed the sentiment that what happened was sad.