Is The Basketball Wives Star, Malaysia Pargo Dating Anyone? 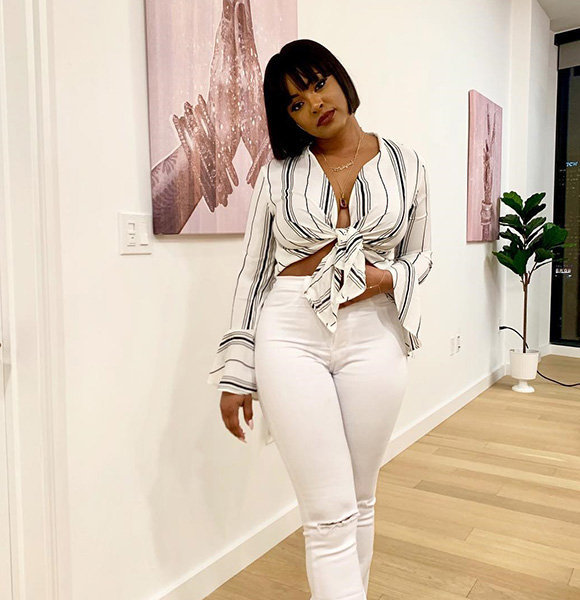 Malaysia Pargo first rose to prominence for being married to a basketball player, Jannero Pargo. But it's her business acumen and charisma that kept her relevant.

Beyond her association with her ex-husband, the Basketball Wives: Los Angeles star is a wonderful mom to her three kids and an entrepreneur with a multi-million in net worth.

Born on 12th August 1980, Malaysia of American nationality grew up in Compton - one of the most violent US cities.

Standing at the height of five feet & five inches (168 cm), the 41-year-old isn't the only offspring her parents had. Her only known sibling - a brother, named Dontae Hayes - fell victim to police violence and died in 2013. He was months away from celebrating his 20th birthday.

In many ways, her harsh upbringing in the city of Compton shaped her relentless work ethic and earned huge net worth.

She is also the founder of Vanity World, a clothing line that also significantly adds to her net worth.

Her other business endeavors include the eyelashes line Vanity in the City (2017) and a fitness app titled Fit Curvy App (2018).

Veering away from cosmetics, the Compton native is also business partners with Hedgecock Creed, a furniture and upholstery company. Given all her financial ventures, it's no wonder Malaysia garners a windfall net worth of more than $3.5 million.

Apart from her own business, her net worth comprises the divorce settlement she received following her split from her ex-husband Jannero Pargo.

Another Expensive Marriage:- Justine Musk After Divorce From Multi-Billionaire Husband, Where Is She Now?

Not only did she receive half of her husband's pension and savings plans, but also a guaranteed $14.5 thousand monthly payment in child support.

However, the amount she got from her ex-husband is going to her children.

Married in 2006 after four years of courtship, Malaysia and Jannero Pargo are parents to three kids -- Jannero Pargo Jr., age 12, and eight-year-old twins Jayla and Jayden. Malaysia Pargo and her kids pose for a family portrait circa Jan 2018 (Source: Instagram)

Following a 17-month-long separation, on 23rd May 2014, the reality star filed for divorce. Her decision to part ways with the father of her children, however, would hunt her.

In an episode of Basketball Wives: Los Angeles, she let out a hint of regret by quipping:-

“One of the things that I wish I would’ve done is step back and go to counseling between the both of us because right now to the day we still very much love each other... ”

However, it didn't stop her from dating other men in the show-biz.

Following the split from her ex-husband, Malaysia began dating rapper extraordinaire O.T. Genesis around 2016. It didn't take much for her and her then-boyfriend to get recognition as Hip-Hop's "it couple." To the fans' dismay, the duo tragically parted ways.

After O.T., she ignited a romance with reality star Bryant B Moe Shaw. The mom of three and her former boyfriend, Bryant enjoyed a brief - yet controversial - fling in 2018. The pair's affair later became the cause of her beef with Tiarra, Bryant's ex-wife.

Unlucky with love, Malaysia sought help from her cousin Cece Scott, who helped her set a date with her husband Byron Scott's cousin, Ron. Since July 2018, she and her rumored boyfriend Ron are together. But, neither of them has confirmed the news.

They have not been seen together, and we can safely assume that she is not dating anyone.

Stay tuned with us to get more updates on Malaysia Pargo.