By LRU Writer | On: March 24, 2019
After her first divorce in the late '80s, singer-turned-TV personality Marie Osmond remarried and went on to have eight children. Nearly two and a half decades later, she made the headlines once again for remarrying her first husband... What could have possibly prompted Baby's Blue Eyes songstress and her significant other to give their marriage another shot? Read along to find out including her salary and net worth... 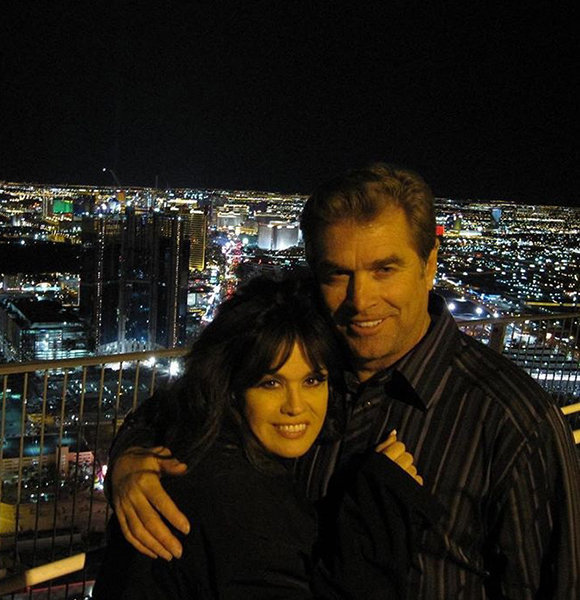 After her first divorce in the late '80s, singer-turned-TV personality Marie Osmond remarried and went on to have eight children. Nearly two and a half decades later, she made the headlines once again for remarrying her first husband.

What could have possibly prompted Baby's Blue Eyes songstress and her significant other to give their marriage another shot? Read along to find out including her salary and net worth!

Safe to conclude that Marie has led one interesting life -- or two, should her second husband, Brian Blosil make a list?

Similar Story:- Tamela Mann Living The Dream Together With Children; Remarried Husband – Why?

Married for almost two decades between 1986 to 2007, she and her ex-husband, Brian share seven children in total: Rachael, Matthew, Jessica, Brandon, Michael, Brianna, and Abigail. Of the seven kids, four were adopted while the rest are the former pair's biological offsprings.

At the time, Marie labeled the split amicable and reasoned that the marriage had just run its course. Contrary to her claims, news reports in 2010 suggested that domestic violence was the cause of her separation with husband; a claim that her ex continues to deny to this day.

By the Donnie & Marie Show's former co-host's admission, her first husband, Steve Craig, a former basketball star, has always been "the one" for her. She once said:-

"I know I'll never find anyone I love or respect more than Steve."

Though their first marriage (1982 - 1985) lasted for three years, the twice-married couple were out to make amends on their initial mistake by remarrying for the second time. Marie Osmond remarries her first husband after 25 plus years in 2011 (Photo:- dailymail.co.uk)

And according to them, it was their then-28-year-old son, Stephen who facilitated their reunion. In an interview following the wedding, the mother-of-seven explained:-

'It was our son who got us to kind of be back together, but [my husband] has been there for me and he's just my best friend, you know, and loves my kids... "

For The Love Of Kids:- Danny Wood Married Status After Split With Wife | What About Kids?

Hell-bent on making the big day memorable, the Paper Rose hitmaker, age 59, donned the same gown that she wore during the pair's first wedding ceremony. Married on the same day as the death of her mother and her son Michael - who died of suicide in 2010 after succumbing to depression - Marie and Steve tied the knot at a Mormon Temple in Las Vegas in 2011.

Born into a family that dominated the show-biz, Marie's illustrious career spans over more than five decades.

Besides her chart-topping singing endeavors, she dabbled in other forms of entertainment: talk show hosting, acting, dancing, writing, designing dolls, and public speaking to name a few. Her salary coupled with the earnings from the stated business ventures has presented her a net worth of $20 million.

Equally Wealthy Artist:- How Much Is Joseph Simmons Net Worth? Get Family & Kids Details Here

The gorgeous brunette with dark chocolate eyes is a beautiful soul, both in the inside and the outside. Her charitable work compares to none. For Children’s Miracle Network Hospitals, a charity she co-founded, Marie has raised over $5 billion to date.

Per her physical attributes: Standing at the height of five feet and five inches (165 cm), the 59-year-old with gorgeous legs boasts hourglass-like body. Her measurements are 39-27-37 inches (99-69-94 cm), while her feet size reads six.

In March 2019, Marie announced that she and her brother Donny would be finishing their Las Vegas residency.

Appearing on Good Morning America, the Osmond siblings revealed the news in the candid interview with the host, Paula Faris. Tackling the rumors head-on, Donny said:-

“It’s been rumored that we’re bringing Donny & Marie to an end here in Las Vegas. And we’re here to say it’s official.”

Back in October 2018, he hinted retirement while making an appearance on KTNV Channel 13’s “Morning Blend” show. Marie and Donny's last show will take place on 16th November 2019.

She and her brother Donny were the stars of the 70's variety TV show titled Donny & Marie, before splitting to pursue their solo careers. In September 2008, the brother-sister duo reunited for a six-week Vegas residency. The said gig eventually became a decade-long stay.

The end of the 11-year Las Vegas residency meant that Marie could finally focus on her family, which keeps growing by the day. The 59-year-old songstress' daughter Briana married her longtime boyfriend David Schwep in December 2018.