Mario Van Peebles's Relationship Not Stable With Wife? What Happened Between the Two? 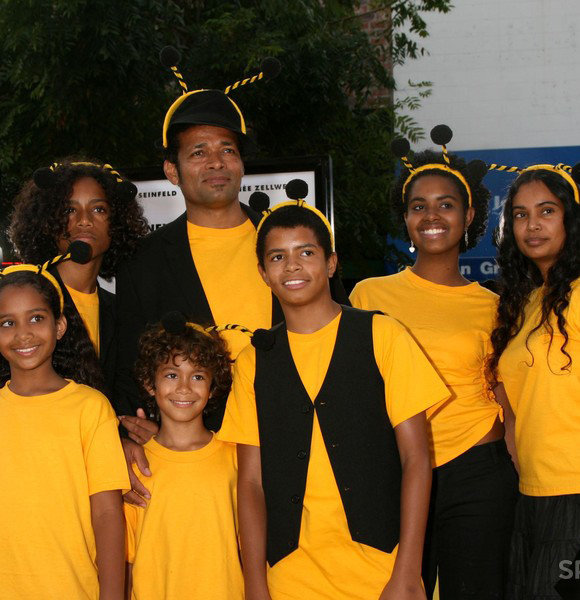 There are a lot of people who have faced failed marriages. It is similar to the 'Empire' director Mario Van Peebles who has been a victim of a failed marriage.

Despite his failed marriage, he has found the love of his life and has been living a blissful life. Who is his wife?

Mario Van Peebles, a well-known American actor, has been involved in many relationships, but he ultimately failed to have stable relations with them.

Mario's first love was his first wife, Lisa Vitello Van Peebles. He was the one who approached a marital life with her. However, the actor hasn't revealed any information about the relationship and the special day.

Mario and his first wife had a good relationship and were together for many years. They were even blessed with two children. They spent a joyful marital life until the day they found themselves on the verge of divorce. The exact reason behind the divorce is still under wraps.

It was very hard for Mario as she was his first love. However, the breakup didn't stop the actor from continuing his love life. Later, Mario found the love of his life, Chitra Sukhu Van Peebles.

Don't Miss: Sports Writer From ESPN Kate Fagan Is Now With A Partner Who Previously Had A Husband! Shares Her Side of Lesbian Story

Even if Chitra Sukhu Van Peebles is a wife of a well-known celebrity, she prefers to keep her personal life away from the media. She is a very private person who has not even disclosed her age.

However, Chitra Sukhu Van Peebles was an actress who appeared in several films. Her movies aired in the late 1990s, and she recently acted in one. Judgement Day (1998), Love Kills (1999), and Armed (2018) are her movies. In addition, she wanted to be a model, making her interested in dance and modeling while working in the entertainment sector.

However, Chitra changed her career direction after her first two films, focusing on yoga and spiritual healing.

Mario and his wife, Chitra, have been married for a long time, but there is no information regarding their wedding day. What is known is that the pair married in a private wedding after Mario Van Peebles divorced. Mario and his wife, Chitra, are blessed with three children. However, Chitra adopted two children from Mario's first marriage. So she is the mother of five children.

Mario and his wife have appeared several times, making their way up to the media and flaunting their connections.

Besides the two marriages and five children, Mario was involved in relationships with Kini Van Peebles and Pamela Anderson, a Canadian actress. The actor kept the relationships completely hidden from the public, as he didn't leave any traces of it.

As of now,  Mario and his wife are living blissfully with their five children. Father of five, Mario is spotted making a happy pose with his children. (Photo: Getty Images)

Mario and his family also appeared in a TV series, Mario's Green House, where they rearranged their Los Angeles home. Their performances were applaudable, and they seemed as creative as their father. They now have started to make their living on their own.

Mario is a proud parent because all of his children are successful in their careers.

The elder daughter, Maya, studied in France and volunteered at an African orphanage while Makaylo mentored kids in the Bronx.

His three kids, Mandela, Morgana, and Megan, found their way into the world of entertainment, following in their father's footsteps. Madela is thriving in his career as he portrays movies like 'Jigsaw,' 'Roots,' and 'Karama' while his latest film 'Flint 6' is pre-production.

Mario is very close with his children as he and his son, Mandela Van Pebbles, were once spotted in Toronto enjoying a night at one of the happening places.

Even with his busy schedule, Mario has been able to balance his personal and professional life.

Mario seems to be influenced by his artist father and mother among the three children. In 1968, Mario made his first appearance on television in the soap opera One Life to Live. We also witnessed Mario and Megan's brother and sister combo in the 1983 South Bronx Heroes feature.

You May Also Like: Erykah Badu Multiple Kids & Different Baby Father; Who Are They, Dating Now?

Mario was very close to his siblings. However, he lost his sister Megan back in 2006.

Mario also shares his experience regarding his childhood:

"I got special attention being the first-born and the ugliest."

He also flashes more about his unconventional childhood, saying that his room would mostly be a hotel closet. He further claimed his childhood was a broken one.

However, Mario has been successful in establishing his name in the industry.

Mario is best known for his directorial skills. Roots, Empire, and The Last Ship are some of the results of his great artistic work. He has a lot of hit movies listed in his name, making his assets a net worth of $12 million.

As of now, he is living his best life with his family.

Stay tuned to get more updates on Mario Van Peebles.