By LRU Writer | On: May 14, 2021
Conservative host of The Mark Levin Show, Mark Levin, claims President Joe Biden as the “Human Pandamic.” He also adds that the world is more dangerous because of the President being in the oval office...Mark Levin Married and Separated! Personal Life Status Now? 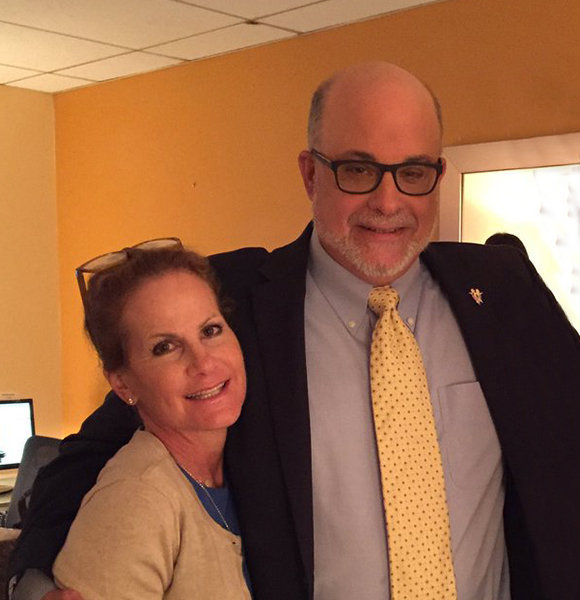 Conservative host of The Mark Levin Show, Mark Levin, claims President Joe Biden as the “Human Pandamic.” He also adds that the world is more dangerous because of the President being in the oval office.

During Levin’s appearance in Hannity, he called out President Biden’s administration which created several crises during its first 100 days.

“Every one of these crises you mentioned were created by Joe Biden. Joe Biden is a human pandemic....From the border, to the currency, to inflation, the price of food the price of gasoline, the price of toys and plastics and steel—go right down the list. He has opened a Pandora’s Box to inflation and that is a tough box to shut.”

During the interview, he also adds that President Biden is the greatest president for the nation’s enemies and calls his presence in the Oval office pathetic.

Claims Robert Mueller As A Bigger Threat Than Russian President

On August 2018, Levin reported that the counsel Robert Mueller has great threats to the Republic and Constitution than the Russian President Vladimir Putin.

With his counter-attack to a special counselor claiming him to be the threat, he also claimed that he is not a great fan of Vladimir Putin while sitting next to Fox News Host Sean Hannity. Also, he stated that Robert is threatening to take down the American President.

Addressing Robert directly, Levin asked what kind of questions could the special counsel possibly have in his mind.

Similarly, Mark also expressed that if the President's lawyer went to court, he could smell the foul game that Robert is playing.

The President of the Landmark Legal Foundation was a married man in the past and had a wife, but unfortunately, they had to part ways.

Mark has managed to allow only a few pieces of information to surface in the media regarding his previous married life. He was married to Kendall Levin, who worked as a volunteer at a humane society and a homeless shelter. The couple shares two children, a son, Chase Levin, and a daughter, Lauren Levin.

Despite sharing a family, Levin's marriage failed to last longer as they eventually parted ways with divorce. However, the timeline of their relationship's initiation and its breaking down remains unknown, as Levin hasn't talked about it in his social media or interviews.

Shifting lights from his past life, Mark is again a married man with a new wife, Julie Prince. His new relationship shined through his Facebook account as he shared a picture with Julie and addressed her as his wife.

Further, he was also spotted attending the Conservative Political Action Conference (CPAC) with his wife, Julie, on 25 February 2018.

Moreover, we also came to know that his wife has a son who worked for Ted Cruz. However, the couple's wedding date and their son's identity remain under the wraps.