Who Is Mark Wright Wife? Wedding, Family, Net Worth

By LRU Writer | On: February 25, 2021
Mark Wright spends time with wife at Ibiza...Several notable celebrities including actors Brooke Vincent and Antony Cotton attended their wedding...But after six months of getting engaged, the two called it...Facts About Mark Wright Including Age, Height...Talking about Mark's other family members, his younger sister... 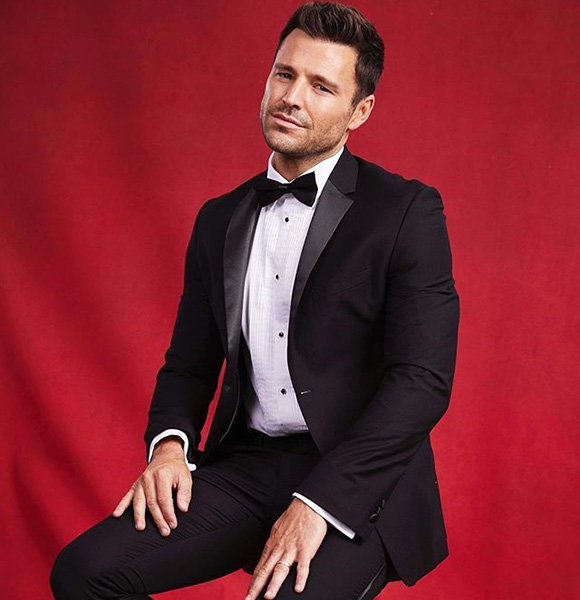 The reality star and actor Mark Wright first found love with his teenage girlfriend; They were together for more than a decade. The couple took a step ahead in their relationship and got engaged. But after a couple of months, they broke their relationship, and Wright went on a vacation. It was then he finally found the soulmate he always dreamed of.

In the article below, you will find out who the lucky girl is and how their relationship is going.

Mark is married to Michelle Keegan, an actress known for her roles in movies such as Coronation Street (1960) and Our Girl (2014). He first met her in 2012 in Dubai, where both of them were on vacation.

He proposed to her after nine months of seeing each other. Talking to The Mirror, he said he had got now, for the first time in his life, what he had always wanted and what every boy dreams of - affection in a relationship, love, best friend, a girl I fancy...everything rolled into one. Although they started dating that year, the actor only disclosed their relationship later in May 2013 – the same year the pair got engaged. Eventually, the couple tied the knot at Bury St Edmunds, England, on 24th May 2015. Mark Wright and wife Michelle Keegan during their wedding on 24th May 2015 (Photo: pbs.twimg.com)

The radio presenter star was in a long-lived relationship with actress Lauren Goodger for 11 years. He started dating the model while she was only 15 years old.

The two were also regular cast members in the show Celebs Go Dating (2016). Interestingly, their engagement took place at the show in 2011. But after six months of getting engaged, the two called it quits.

Earlier this year, Wright revealed how his family had been going through difficult times cause of the pandemic. His close ones, including his father, mother, and two uncles, had all been contracted by the virus. He described the moment as the scariest week of his life over New Year.

Although his dad is out of the hospital, he is not the same mentally while his uncles are still fighting the virus. He is praying they keep making even small improvements.

Talking to Hello, he said he had learned what is most important in life, how important family and health is, and the love around him.

Amidst all these, he is very grateful to have his wife Michelle by his side every day, someone he can share his life with. To have his wife during his tough circumstances has been incredible, and he is forever thankful for that.

The 33-year-old also revealed that the Wright family is looking forward to his sister Jessica's upcoming wedding to William Lee-Kemp.

The awaited wedding has brought light at the end of the tunnel, and the Wright family is getting there. They all want it to happen for her and to have all of their family and friends together.

As of 2020, Mark's net worth stands at $4 million as per Celebrity Net Worth. Apart from his work in showbiz, the actor generates considerable revenue from other business ventures as well.

The television personality is the owner of Business Climb Online, a digital marketing agency valued at $10 million. Likewise, his other business's current value, The Wright Look Models, is $1.5 million as per The Richest.

Talking about Mark's other assets, he received $7 million from his seven-bedroom Chigwell mansion sale. Furthermore, he resides at his Essex mansion that was bought for $1.6 million.