Did Marques Houston Get Married To Longtime Girlfriend? Here's Fact

By LRU Writer | On: March 06, 2019
Did Marques Houston Get Married To Longtime Girlfriend? Here's Fact. In this very regard, we today have Marques Houston, an American rapper, singer and songwriter who we know had a girlfriend whom he dated for quite a long time. But, the question here is, did he get married to his girlfriend, or, has their love story taken another route? Keep reading to uncover the details. 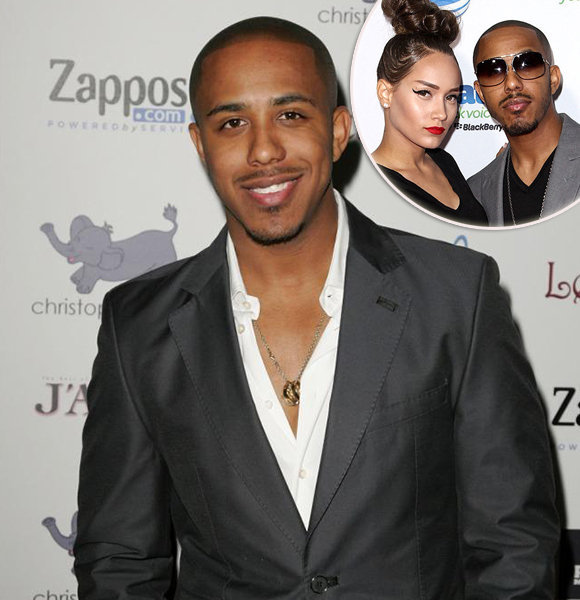 There are many instances of people not getting married despite being in love for over a while. Not everyone goes by the concept of getting married to take their relationship, further. When there is love between two people, no rituals are required to secure a bond.

In this very regard, we today have Marques Houston, an American rapper, singer and songwriter who we know had a girlfriend whom he dated for quite a long time. But, the question here is, did he get married to his girlfriend, or, has their love story taken another route?

Have you ever concerned what happened to the love life of Marques with a longtime girlfriend, Marlena Campbell?

You May Also Like:- Maya Sondhi Not Open To Getting Married and Having Husband? Personal Life Talks

Well, everyone knows that Marques started dating Marlena since the year 2008. Marlena and Marques made several public appearances together (GettyImages)

However, 2014 was the last year Marques tweeted about celebrating his 6th anniversary with his girlfriend, Marlena Campbell. The tweet read:

"Happy Anniversary to my love! @worldofmarlenac#6yearsintoforever #Surprise I love you..."

After that neither of them gushed about their relationship nor did they make any public appearances together. Nothing concerning their dating status got aired out, and that was when the fan's curiosity started to kick in; however, there wasn't anybody to address the matter.

The duo was indeed loved by their fans who even wished to see them getting married together.

However, amidst no news of their relationship falling apart or still going on smooth, Marques' girlfriend Marlena threw a bummer, as she introduced her fans to her new boyfriend.

Back in October 2017, Marlena posted a picture, with a guy named Jared Overton and called him her boyfriend. Nobody or at least Marques' fans didn't see that coming! When Marques attended his friend's wedding in September of 2018, Marlena was a no-show; which further fueled the break-up rumors between the two. Furthermore, before dating Marlena, Marques reportedly got engaged to actress Jennifer Freeman to make her his wife in the year 2007. But unfortunately, they broke up the following year in 2008 without disclosing the cause.

Also, Marques, who cleared out about not being a gay by replying to a tweet, was rumored to be dating Jamila Chilombo in the past. Jamila, who is better recognized by her stage name Mila J, is a sister of R&B songstress Jhene Aiko.

Additionally, Marques too was rumored to have dated Jay-z's wife, Beyonce back in the day, but the rapper came forth addressing the matter in an interview, where he cleared that he was just a good friend with Beyonce.

Engaged & About To Get Married; Meet His Girlfriend-Cum-Future Wife

Less than a year after his ex-girlfriend Marlena flaunted her new boyfriend, it was Marques' turn to show off his boo.

Believe it or not, the 37-year-old crooner and his muse, Miya X share 18 years age gap between them. But despite the gulf in age, the dynamic duo seemed to have found a soulmate in each other.

Four months after opening about their relationship, on 5th February 2019, Marques and his teenage girlfriend got engaged. Both, he and his fiancee took to their respective Instagram to share the news with their fans. Given how Miya already changed her last name to Houston on her Instagram profile a long time ago, many believed that the pair had already eloped and got married.

Marques was born to his parents as Marques Barrett Houston on August 4, 1981, and is 37 years of age now. He grew up alongside his siblings, an older brother Brandon, an older sister, Danielle, and a younger sister, Brandye/BJ in Los Angeles.

Houston's mother, Carolyn, unfortunately, died of cancer and in memory of his mother's demise, Marques wrote the song 'Alone' with his group.

Marques is a founding member of the R&B group IMx and perhaps is best known for his role as 'Roger Evans' in the 90's television comedy series 'Sister, Sister.' The influence of IMx as an R&B act is pretty evident and recognized by all. Many might not know, but R&B crooner Ty Dolla Sign used to be a member of the legendary R&B group, who were previously Immature.

In June of 2018, he became the butt of the Internet memes and jokes after being photographed with a paint-job for a hairline. According to the barbers specializing in the "pain job," the complete hair makeover could have cost Marques as high as $50.