By LRU Writer | On: February 17, 2020
Professional wrestler Nikki Cross is a WWE star; she is in the Smackdown circuit. She won in 2019...Nikki Cross is married to wrestler Damian Mackle, popularly known as...Fast forward to 2018, the pair got engaged and got married, a year later on...Nikki was born on 21 April...Nikki started her WWE career in the NXT program in... 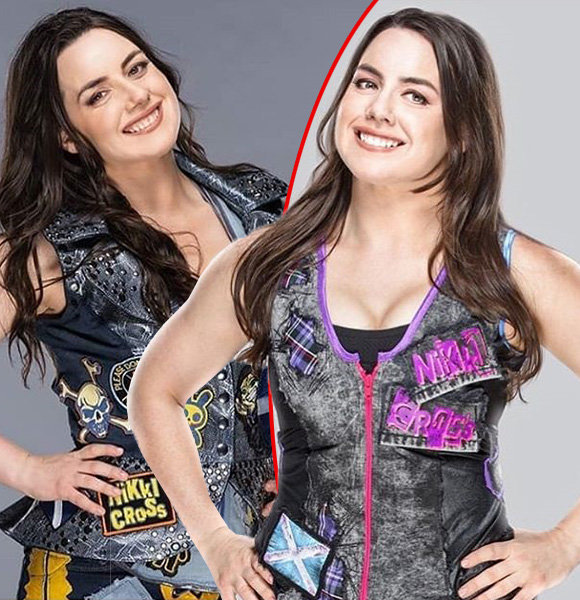 Professional wrestler Nikki Cross is a WWE star; she is in the Smackdown circuit. She won the 2019 WWE Women's Tag Team Champion with Alexa Bliss.

Prior to her WWE debut in 2016, she used to wrestle in the independent circuit across Europe. Her ring named used to be "Nikki Strom."

Nikki Cross is married to wrestler Damian Mackle, popularly known from his stage name, Killian Dain. The pair first met in Scotland in a training school. Initially, they struck a friendship that gradually developed into love. The duo's first official date was to watch the movie, Mama Mia.

Fast forward to 2018, and the pair got engaged and tied the knot a year later on 17th January 2019, in Glasgow, Scotland.

Who Is Damian Mackle, aka Killian Dain?

Damian is a WWE star; he is associated with WWE's Smackdown brand.

Before the stint with WWE, he was active in the independent wrestling scene. He was associated with wrestling names like Westside Xtreme Wrestling, Revolution Pro Wrestling, and Insane Championship Wrestling.

Damian was born on 20th February 1985 in Belfast, Northern Ireland. He moved to Scotland to pursue a career in wrestling.

Nikki was born on 21st April 1989 in Glasgow, Scotland. Her real name is Nicola Glencross.

Nikki began her WWE career in the NXT program in 2016. She made her debut on 22nd April 2016 under her real name, Nicola Glencross. The wrestler teamed up with Mandy Rose and competed in a tag match against Aliyah & Liv Morgan; her team lost the game.

Insight On WWE Star's Career:- Braun Strowman Injury Update, When Is He Returning Back?

Nikki competed in WWE with her real name until August; on 27th August 2016, she started using her current stage name, Nikki Cross. And in September 2016, she joined NXT stable SAniTY. The wrestler remained in NXT from 2016 to 2018.

Finally, in November 2018, she started the taping of SmackDown. Nikki will continue her working relationship with WWE for a number of years; she renewed her contract with WWE in 2019.