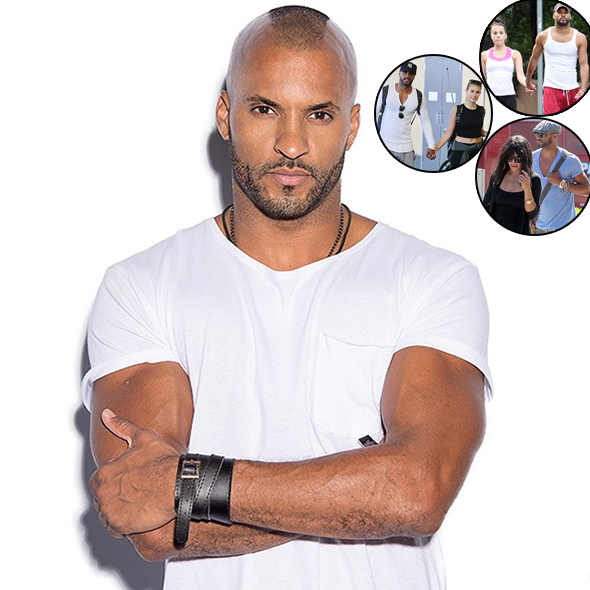 Ricky Whittle famously well known for his work in the soap opera Hollyoaks as Calvin Valentine. Has found himself wrapped in some gay speculations and girlfriend assumptions.

So, let's jump into the dating and personal details of Ricky while debunking the all the rumors:

Talking about Ricky's past dating life, the single now star dated an American actress Carley Stenson in 2007. The relationship lasted for around three years as it ended in 2011.

After the duo broke up for an unmentioned reason, Ricky started dating an American actress Jessica Szohr in August 2012. The relationship bloomed after the MTV Video Music Awards in the same year. The duo made a great pair, but alas, the relationship only lasted for a year. However, no exact details of their breakup were disclosed.

Moving on, Whittle dated actress Rumer Willis around May 2014. Though the exact details of their meetings got disclosed, they went separate ways the same year.

When going through the breakup details, not a single piece of information was revealed from both parties.

While speaking of assumptions, Ricky was spotted with a beautiful lady and potential girlfriend, Sara, in the early month of June 2015

Ricky and Sara were pictured hand in hand at Vancouver Airport, Canada, while they flew for the weekend. However, in an interview taken in August 2015, Ricky shared his relationship status as a single man without a girlfriend. He stated,

“I’m single and focused on work and making myself better than I was yesterday. I’m happy with life. I’m just trying to be a real person and, hopefully, when the right person comes along.”

Well, it seems like the duo's dating life ended after two months or perhaps even longer. Maybe there existed the case of confidential dating to avoid unwanted paparazzi.

Around 2017, he and his ex-girlfriend Kristina were arguably the best duo in Hollywood. April the same year, the American Gods actor and his partner made headlines as they stepped outside, draped in matching outfits. Amazingly enough, his off-screen crush shared a similar name as Kristina. In October 2018 interview, Ricky raved about his co-star Kristin Chenoweth. Even suggesting a proposal to his crush.

Similarly, as Ricky prefers to keep the details of his romantic life under the wraps away from the media, the reason for this breakup was not revealed as well.

Well, while going through the relationship history, several ups and downs were seen, following these instances gave birth to assumptions regarding the star's sexuality claiming him to be a gay man.

As the star has not come forward with a statement, we cannot assume his sexuality, or him being a gay man. But his support for the community can be seen.

Take his 2012 tweet for an instance where he highlighted one of the issues for the LGBTQIA+ community with satire. He wrote:

In three years since his tweet, the SCOTUS legalized same-sex marriage.

Being born with a mixed ethnicity of West Indian and British parents, Ricky is the son of a Royal Air Force serviceman. Besides his father’s profession, Ricky has not revealed anything about his family background, but he has uploaded a picture of his mother on the occasion of Mother’s day.

Mama's Boy:- O'Ryan Has Kid But Not Married! Who Is Baby Mama?

With a supportive and amazing family background, Ricky has maintained his physique by going through intense workouts and dedication. In addition, he has timely posted pictures of his exercises on his Instagram account.

With great health and an amazing career, Whittle stands at the height of 1.85 m.