Who Is Rose McGowan Married To? Details on Her Partner & Sexuality 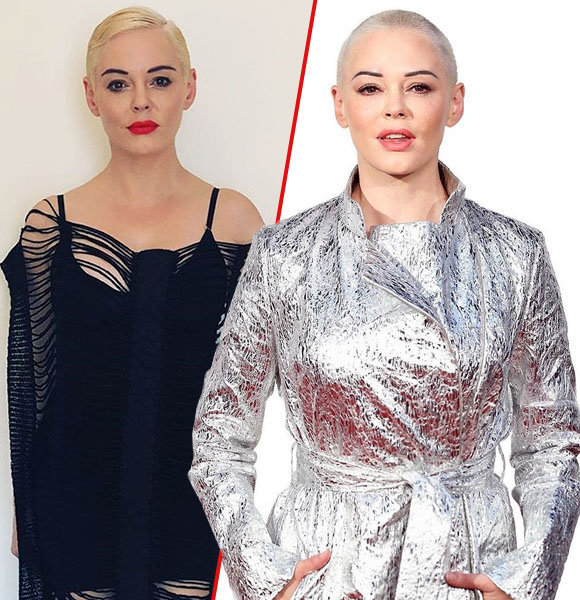 Actress Rose McGowan kick-started her acting career with a comedy film called 'Encino Man' in 1992; the movie was a commercial success as it earned almost about six times its budget.

Apart from the star's amazing career, the fandom is well curious about the actor's married life and her sexuality.

Let's Get Into It

Further, in January 2019, the actress revealed to Pink News that she hid her sexuality because she feared losing her work.

If we talk about it currently, Rose is dating a woman named Sienna. But, the identity of her girlfriend is not yet revealed. The actress has chosen to keep her private life away from the eyes of the paparazzi at the moment.

Maybe the couple with surprise us with her married life.? We never know!

However, the actress was married before. She tied the knot with the visual artist- Davey Detail- on 12 October 2013, outside Paramour Mansion in Los Angeles. But, the married couple officially ended their relationship on 10 November 2016.

Not much has surfaced about the former couple's split. After her divorce, Rose's love life stirred the media once again for her relationship with Rain Dove.

Rose was in a relationship with ex-partner Rain Dove- an androgynous model and social media influencer. The former partners started to date in February 2018. But they split up in June 2019.

"Does anyone out there know how to fix a Wikipedia entry? I broke up with my ex 6 months ago and they are still listed as my partner. I would like my name to be cleared of association."

Regardless of her failed relationships, the actress has found love again, but she is yet to share the details about her partner.

The actress was born Rose Arianna McGowan on 5 September 1973 in Certaldo, Italy. She is a well-known actress, singer, model, and author.

Her parents are Daniel McGowan- an activist, and Terri- a writer.

Her father was a member of a worldwide cult, 'Children of God, ' who used to run the organization's Italian chapter. When she was a child, she traveled with her family throughout Europe and lived in communes belonging to the group.

Eventually, she, along with her family, moved to the States, where she attended Roosevelt High School.

She is the oldest of six children and has two other half-siblings.

She went to Roosevelt High School and later attended the Alternative High School.

As her father had art contacts, it helped her to become a child model. She even appeared in some Italian magazines.

In early 2018, she was arrested after she was found guilty of possessing cocaine. However, she claimed to be innocent, stating it was pre-planned and set up by Harvey Weinstein.

The 'Death Proof' (2007) actress dated Marilyn Manson, and she was engaged to him for three years starting in 1998.

She revealed in her memoir Brave, published on 30 January 2018 that Harvey Weinstein allegedly raped her.

She dated celebrities such as Ryan Phillippe, Robert Rodriguez, Kevin Ian Pardue, and Ethan Erickson in the past.

She is an active supporter of the LGBTQ community; She has even launched a website named 'rosearmy.com,' inviting people to unite and speak the truth.

A horror slasher film 'Scream' that she appeared in earned ten times its budget. The film earned $170 Million on a $15 Million budget.

Her role in the movie 'The Doom Generation' earned her a nomination for the Independent Spirit Award.

Finally, the actress rose to prominence in 1996 through a horror movie called 'Scream,' which was a huge success, both critically and commercially. The film went on to earn a cult status over the years.

With all her dedication to her work, the star has a net worth of $3 Million, according to Celebrity Net Worth.

Stay with us for more updates regarding the star's upcoming projects and her love life with her amazing girlfriend.