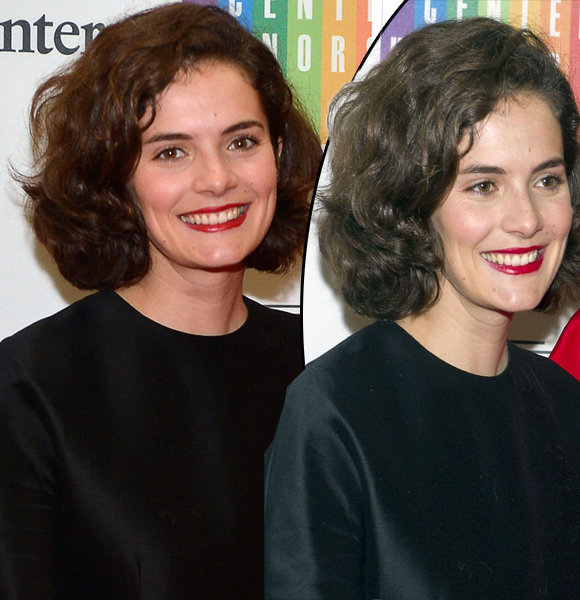 The name Rose Schlossberg might not ring a bell at first. But, her full name Rose Kennedy Schlossberg does to many. Kennedys are pretty much the royalties of American politics.

Rose comes from the same Kennedy family, which greatly influenced American politics in the 1900s. She is the granddaughter of America's 35th president John Fitzgerald Kennedy and the beloved former first lady, Jackie Kennedy Onassis.

Can you guess the net worth of the granddaughter of John Fitzgerald Kennedy? Let’s find out about her career and more.

Since Rose hails from a family of literal royalties of American politics, it's pretty apparent that she has collected a large net worth.

Her grandfather, the 35th President of the United States of America, John F. Kennedy, had an estimated net worth of $100 million.

Her mother, Caroline Kennedy, has an estimated net worth of $250 million, a huge chunk of which she might inherit someday.

Further, she also inherited a huge net worth from her later uncle JFK Jr. On 16th July 1999, JFK Jr., his wife, and sister-in-law took off on a plane JFK was flying. But unfortunately, they never made it to their destination.

Since JFK Jr did not have kids after his death, his estimated net worth of  $50 million went to his sister's three kids- Rose and her siblings Tatiana and John.

Rose has already inherited her uncle’s net worth, and she will be getting her side of the wealth from her other family members.

Even if Rose comes from a wealthy and busy family, she still shares a warm relationship with her family.

Rose Kennedy Schlossberg was born on 25 June 1988 at Weill Cornell Medical Center in NYC, U.S. She is the daughter of Caroline Kennedy and artist Edwin Schlossberg.

Rose has two siblings; a sister, Tatiana Schlossberg, and a brother, John Schlossberg. Her sister Tatiana is an American journalist and an author.

Her mother, Caroline Kennedy, is the only surviving child of J. F Kennedy and Jackie Kennedy. Her mother is of Irish, French, English, and Scottish descent, while her father belongs to an Orthodox Jewish family of Ukrainian descent.

She was brought up in her mother's religion; however, Rose also observes her father's Jewish tradition.

However, Rose's grandfather never got to see her, as he was assassinated. Meanwhile, she grew up very close to her grandmother.

The former first lady saw Rose every day and doted on her. In fact, even the name Rose was given by Jackie to honor her mother-in-law. The pair, who crossed paths at Yale University, got married at the same place where J.F. Kennedy and Jackie Kennedy got married 64 years ago over the same weekend.

Tatiana's wedding was a grand event for the Kennedy family. She was later spotted carrying a baby in a carrier. They have not shared the name or gender of the baby; however, the baby is Caroline’s first grandchild.

However, unlike her siblings, she is not in love with a man but with a woman. Yes, John Fitzgerald Kennedy’s granddaughter is in love and engaged with a woman name Rory McAuliffe. She is openly gay. According to the source, she has been living with her girlfriend for the past few years.

You would think that the Kennedy clan won’t accept her love. But in reality, Rose's mom, Caroline, loves Rory and her girlfriend is already a part of the family. So the Kennedy clan has accepted Rose’s love.

Rose is very close to her family and has always been there in their special moments. However, she is currently focusing on her career more.

Coming from an influential family like the Kennedys, naturally, everyone would expect Rose to be a total brainiac, which she is in every right.

She was a very bright student at Brearley School in New York City. Later, she studied at the prestigious Harvard University in 2006, quite befitting the Kennedy name. At Havard, she earned a bachelor's degree in English.

Later, she also took a film course and took up an interest in fashion. After completing graduating from Harvard in 2010, She went back to school and completed her master's in the Interactive Telecommunications Program at New York University in 2013.

Recommended:- How Much Is Alice Walton Net Worth? Also About Family, Husband

Besides being a part of royalties of American politics, Rose is also an actor and a producer who launched a web series - End Times Girls Club in 2016. Above Average Productions produced the series. It revolves around two young women, Lara, portrayed by Nelson-Greenberg, and Bee, described by Schlossberg, who give women tips to survive the apocalypse.

Even though Rose didn’t pursue politics, she supported the Democratic candidates in the past. For example, during the 2008 U.S. Presidential Election, she donated to Barack Obama's 2008 campaign and volunteered for Alan Khazei's Democrat party's campaign for the United States Senate in the 2010 Special Election.

She is still helping people and keeps a low profile while doing it.

Rose has been dubbed as the next leader of the growing Kennedy clan, whose opinion highly counts in the family.

We will surely update you guys on Rose’s success in the future. Till then, stay tuned with us.