By LRU Writer | On: January 17, 2019
Sam Role Pregnant With Boyfriend-Turned-Fiance! Engaged & Waiting For Baby You might have watched Reality Start Sam Role in the show, The Married at First Sight. Many of her fans have even praised and sought to see her again in some reality show. Her fans even witnessed her getting married in the show and getting emotional for the broken relationship on season 3 of the dating show. 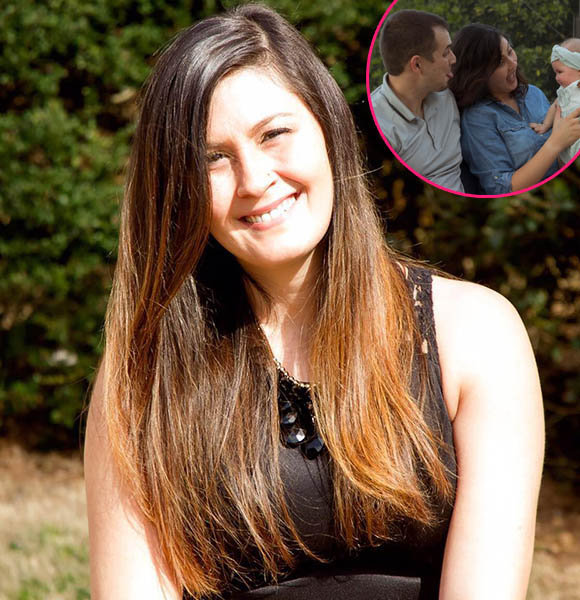 You might have watched reality star Sam Role in the show, The Married at First Sight. Many of her fans have even praised and sought to see her again in some reality show.

Her fans even witnessed her getting married in the show and getting emotional for the broken relationship on season 3 of the dating show.

But tables have turned now, and she has a love filled life with whom she was engaged and at the same time, another good news of pregnancy came knocking the doors.

Well, alongside the blissful news, she has more to share about her newly arrived daughter and a very secret married life.

So, if you are wondering about her personal life, after the end of the show, then keep reading!

The consultant Sam Role, who is 33 years of age, got engaged to her analyst boyfriend, Chris Wise, in January. They dated for almost a year, and Chris took their relationship a step further with the proposal over the weekend of his birthday this year.

"I flew to #ATL this weekend to celebrate @chrisw1687 birthday. Not only did I get to spend time with him, but HE PROPOSED! #ISaidYesâ¤ï¸#SoonToBeMrsWise #2018Engagement"

“Just being able to have this experience and create something so amazing with the man I love is all I ever wanted. We are both so overjoyed and cannot wait to see what the future holds.”

The reality star uploaded the picture showing her baby bump with his fiance, Chris where the joy of soon to be parents is visible. Sam, who grew up into the military family, took "six pregnancy tests and then two more a few days after" to re-confirm the happy news, which was "the most amazing dream come true," she shared.

Sam revealed that they really wanted a little boy and would not be disappointed to have a little girl. She further added that,

“All that really matters is that the baby is happy and healthy.”

Previously, Sam got married to Neil Bowlus in 2015 after meeting on a reality show, but Neil ultimately chose divorce during the season 3 Decision Day episode in 2016. Even after their split on season three of Lifetime's hit show, she has stayed friendly with her ex-husband Neil Bowlus.

Moreover, after the news of Sam's pregnancy circulated, Neil congratulated the expectant mother, proving there were no hard feelings between them after their split.

Though the things were not right between Sam and Neil, she is in good terms with her ex-husband.

Although she had declared that she is going to tie the knot with Chris soon, they are yet to make a wedding announcement!

Baby Is Here!; Sneak On Secret Married Life With Reason

The reality couple welcomes their first child, a baby daughter Isabella on 7 September 2018.

Well, the couple always talks openly when it came about their personal life whether it would be their engagement or the pregnancy journey,

But the reality TV alum had been keeping a secret about their married life.

Discover:- Skylar Diggins-Smith Pregnant With First Baby, Who Is Her Husband?

Yes, the newly become parents got married before welcoming their daughter. Four months after welcoming their dearest daughter, Sam and husband Chris opened their secrets about their wedding with People on 16 January 2019.

Sam revealed that the couple got married on 20 April 2018 and are thrilled to shed the light on their wedding day. She exclaimed:

"We got married before we had Isabelle — on April 20, 2018, to be exact — and wanted to keep that to ourselves for as long as possible.” She added the reason to keep their marriage a private concern, she said her first marriage was "so public," and wanted to keep the second one private as long as possible.

Also, she claimed that this was the best secret she has kept yet.

The happily married couple has more to share following their wedding news, as Sam is now starring in the new series, Love at First Baby.